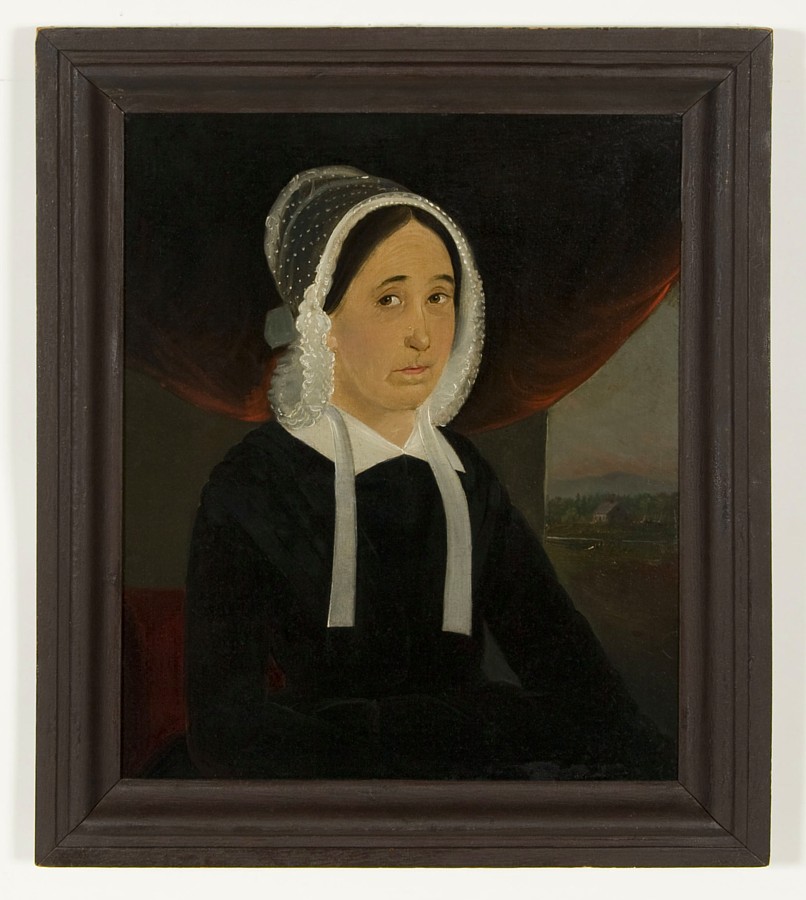 Best known for his small, itinerant portraits executed on artists board, folk artist William Matthew Prior painted far fewer full canvas paintings that survive today in collections and institutions. This one is of a New England woman with a stern yet interesting face, with great folk qualities. Behind her is an open window with a red drapery pulled back to reveal a shoreline landscape and what was undoubtedly her house along its bank. On the back Prior signed the painting in charcoal and notated it in the following manner:

I married the work to an equally exceptional frame of the 1830-1850 period with an extraordinarily great, red painted surface that has very pleasing craquelure. An exceptional find.

Condition: There was an old patch on Marys right forearm that needed to be re-done, along with the removal of old overpaint and refreshing of it in her black dress. The canvas was re-lined with a clear liner so that the signature would remain visible. The work was done by Timothy Janye, who for ten years served as the chief painting conservator at Winterthur.

At some point in the history of the painting, a former owner of the work traced Priors signature with a felt tip pen. The only saving grace in this act was that the person responsible didnt trace Priors signature well, so that the lines that make up the original signature and notations appear next to the tracing, almost like shadowed lettering, and so can be quite clearly read.