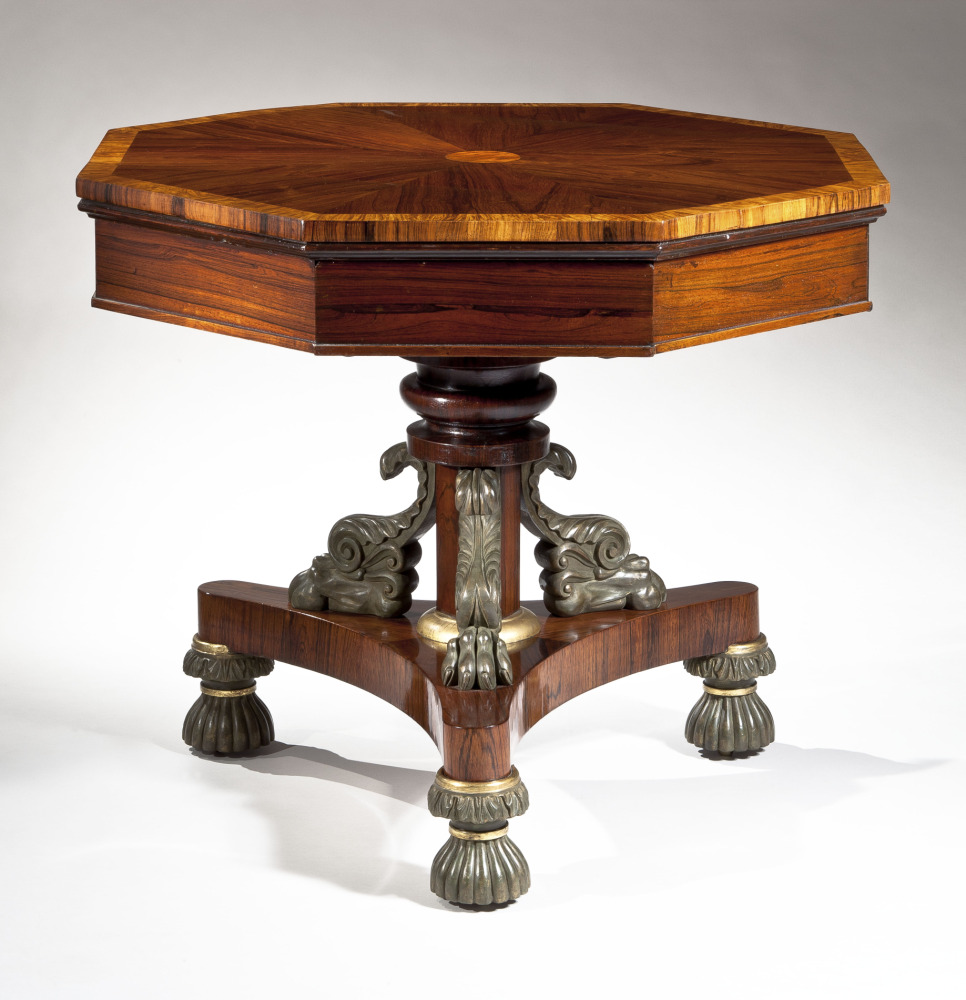 Condition: Excellent: Carved elements stripped of later paint and gilding and verde-antique treatment recreated over original to match, veneer re-finished with shellac in the manner of the period, faux-graining remains undisturbed.

The attribution of this table is based on two other closely related tables with almost identical bases, each bearing the ink stencil of Philadelphia cabinetmakers Cook & Parkin.  There are six known tables in this group of which this is the only "drum" table.  All the others have stone or wooded tops with shallow aprons.  The date of manufacture can be determined by the design of the feet which appear under the title of "Loo Table Feet" in plate 3 of the 1828 Journeyman Cabinet and Chairmaker’s Pennsylvania Book of Prices, indicating that this foot was already in use in Philadelphia by that date.  One of the few extant copies of this price book, at the Library Company of Philadelphia, is Cook & Parkin's own and their names are inscribed on the facing page to plate 3.

The partnership of Thomas Cook & Richard Parkin, both English born and trained, is now recognized as being among the most important firms making furniture in Philadelphia in the Classical period.  Their designs reflect a thorough knowledge of the most fashionable English and French pattern books, although their furniture often transcended pattern book orthodoxy to achieve original designs of rare distinction.  Their execution of both veneered and painted pieces appears to be on the highest level.  They were heavily involved with export trade and their market reached up and down the East coast, as far south as Savannah and as far west as Louisiana.  Their furniture is represented in the collections of the Baltimore Museum of Art, Biggs Museum of American Art, Telfair Museum, The Yale University Art Gallery and the Metropolitan Museum of Art.