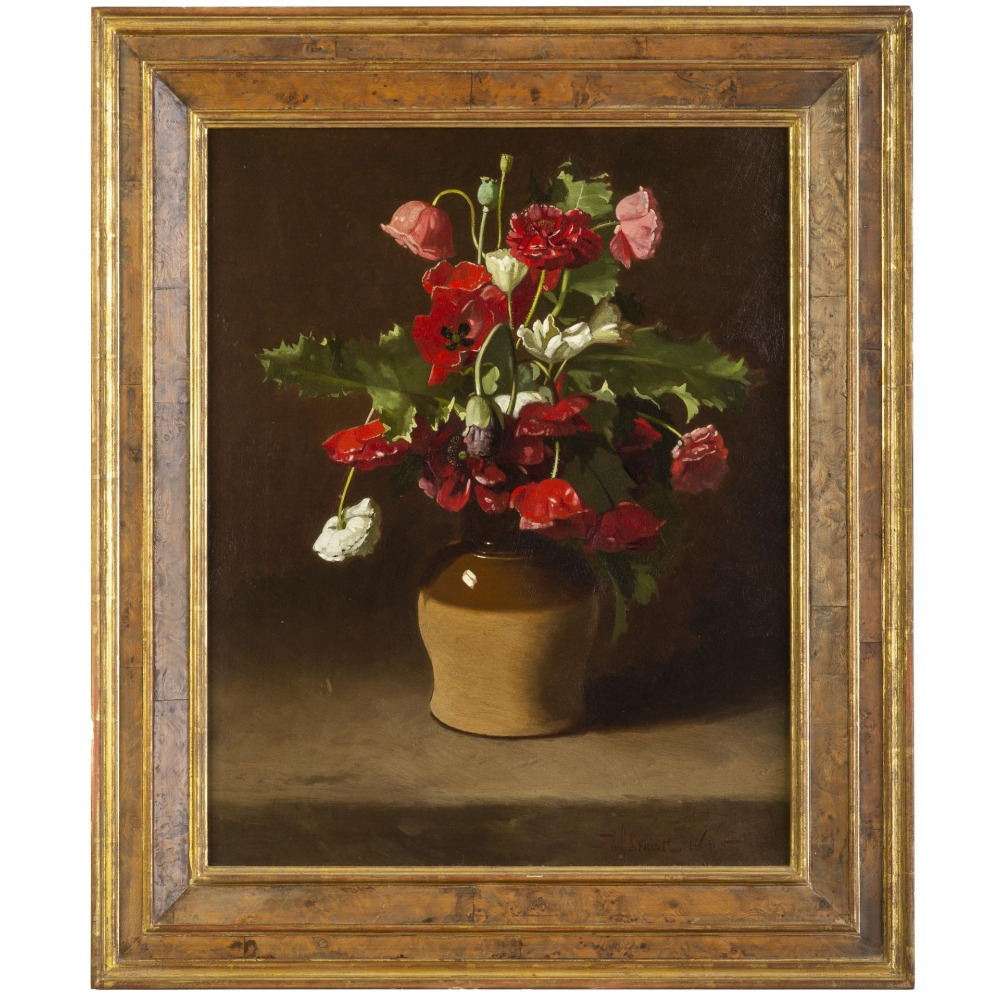 Still Life With Anemonies by Edward Chalmers Leavitt, signed E.C. Leavitt and dated 1885, lower right.  The painting is set in a gilt and gold molded frame.

Edward Chalmers Leavitt, artist, was born in Providence, Rhode Island, (1842-1904) the son of Rev. Jonathan and Charlotte Esther (Stearns) Leavitt.  His paternal ancestor was John Leavitt, who came to Masachusetts Bay in the first ship and settled in Hingham.  On the maternal side, he is descended from John Alden and Priscilla Mullens, who came to Plymouth in the Mayflower.

Leavitt was educated in private schools in Providence, and at Kimball Union Academy, Meriden, New Hampshire.  During the Civil War in 1862 and 1863, he served in the navy on the U.S.S. Galena.  In his profession of artist, Mr. Leavitt is especially noted as a painter of fruit, flowers and still life.

He exhibited in the National Academy for several years, and has made many successful exhibitions in Providence and Boston.  He was a member of the Boston and Providence art clubs, and the Providence Press Club.  He was also a member of the Grand Army of the Republic.  In politics his proclivities are mainly Republican.  He has been twice married: first, May 19, 1877, to Ellen M. Fuller; and second, April 22, 1880, to Elizabeth S. Chace.

Source is the publication "Men of Progress: Biographical Sketches and Portraits of Leaders in Business and Professional Life from the State of Rhode Island." New England magazine. 1896.