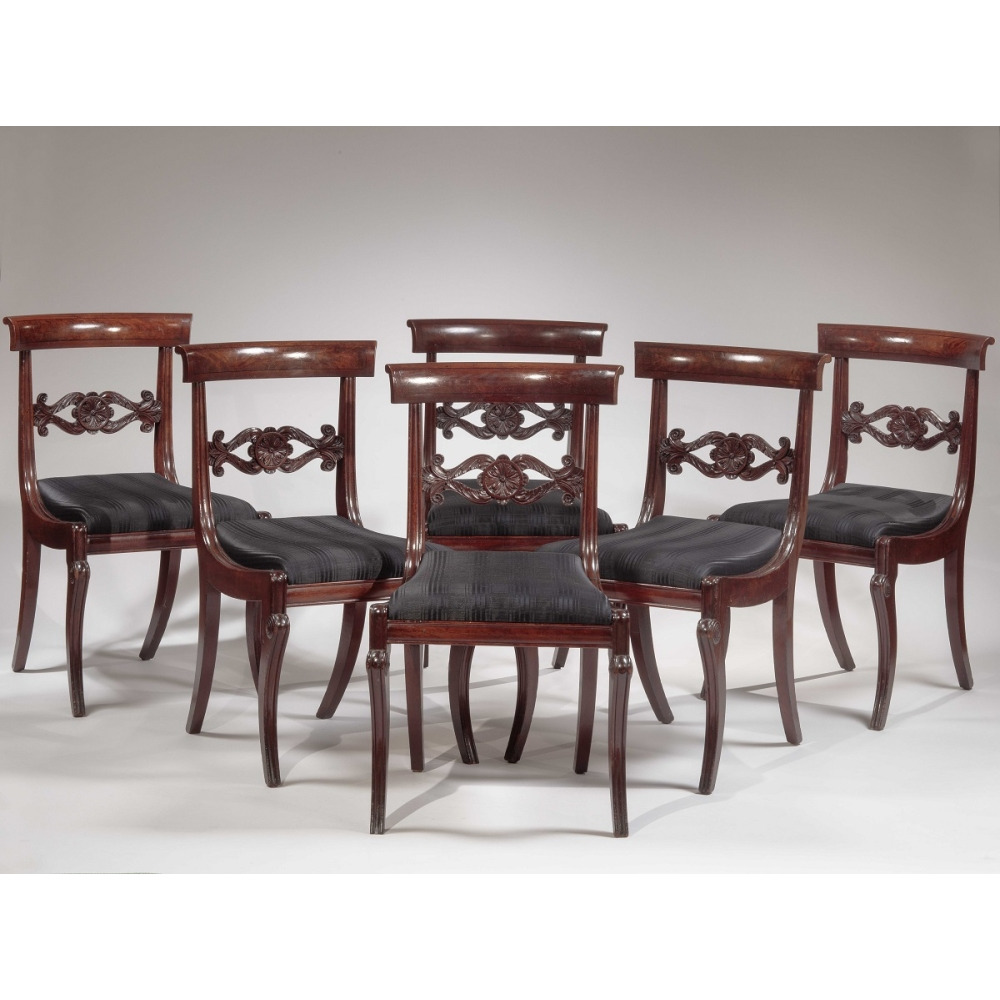 The crest rail inlayed with flame mahogany veneer framed with ebony stringing above a carved stay rail above an upholstered slip seat continuing to saber legs.

The relatedness of these chairs to the designs of England's greatest Regency cabinetmaker, George Bullock, as found in the Wilkinson Tracings (p.5) and to a set of chairs from Tew Park, attributed to Bullock, suggests that Bullock’s work was known to at least one Philadelphia cabinetmaker and possibly many.[1]  This hypothesis is supported by the fact that Joseph Barry (1760-1838), among Philadelphia’s best cabinetmakers, is known to have traveled to London and Liverpool on a buying trip in 1811 where it is likely that he become aware of Bullock and may have bought from him.[2]  This distinctive stay rail design is typical of Philadelphia Klismos chairs prior to 1825.