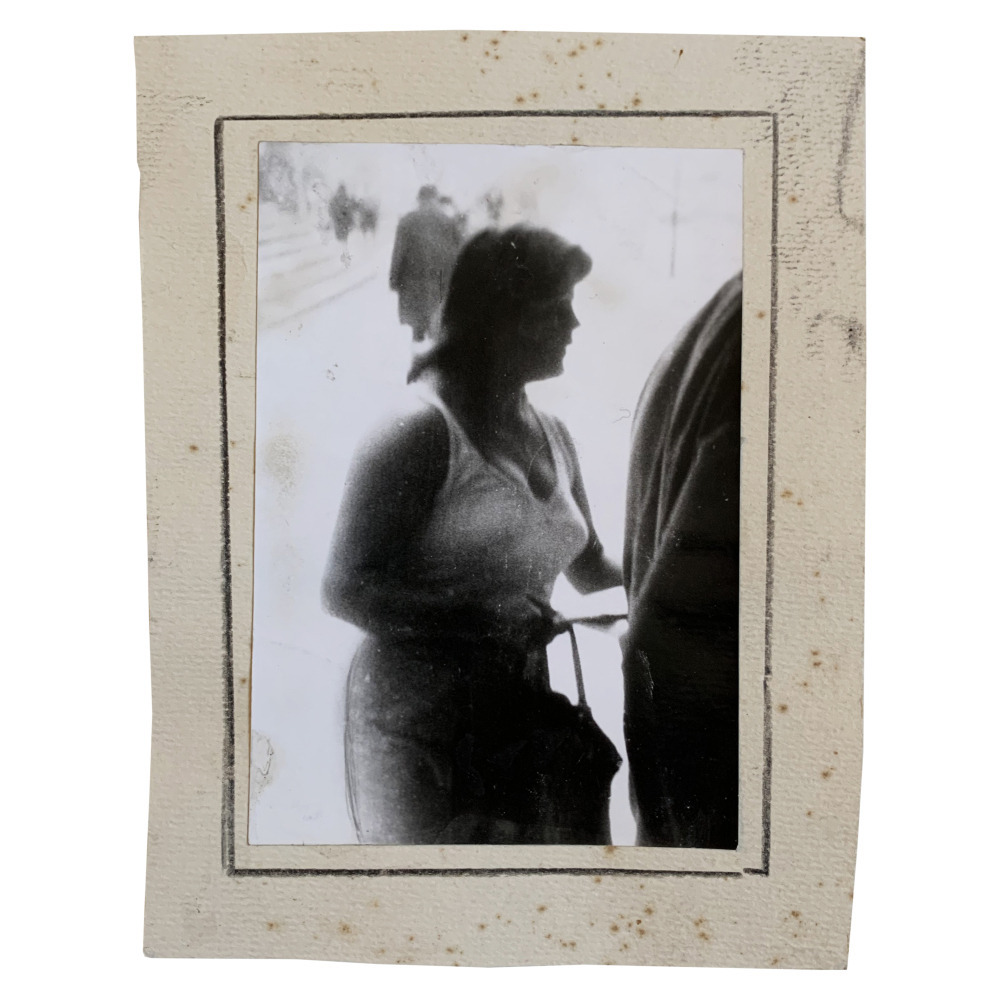 A strong photo by Tichý with a high contrast between the whites of the woman's tank top and the shadows of her head and body. Tichý added a graphite contour to her back of her leg. Mounted on original Tichý mat.

[from Wikipedia] "Miroslav Tichý was a photographer who from the 1960s until 1985 took thousands of surreptitious pictures of women in his hometown of Kyjov in the Czech Republic, using homemade cameras constructed of cardboard tubes, tin cans and other at-hand materials. Most of his subjects were unaware that they were being photographed. A few struck beauty-pageant poses when they sighted Tichý, perhaps not realizing that the parody of a camera he carried was real."

In the 2000s Buxbaum convinced Tichý that his work should be shown and organized an exhibit of his photography for the 2004 Biennial of Contemporary Art in Seville, Spain. Since then Tichý’s work has been recognized worldwide and has had major retrospectives at the Kunsthaus in Zurich in 2005, the Pompidou Centre in 2008, and the International Center of Photography, New York in 2010. His work is now part of most major institutional and private collections.