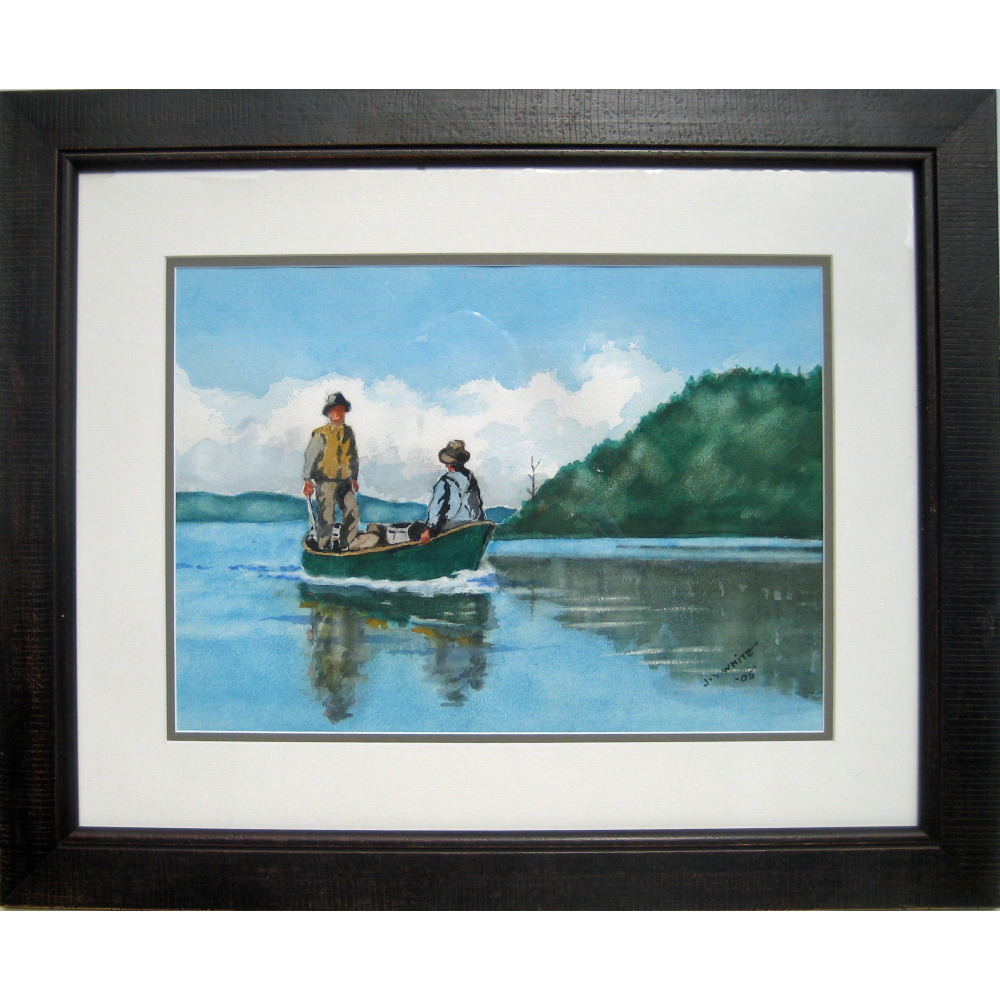 White was a self-taught artist, who was inspired by Winslow Homer. He was known for outdoor scenes.

Growing up in South Boston, his admiration of Homer started when visiting museums. Later his family moved to Hingham, MA where he became a well-known local artist. He painted as a hobby and has several local exhibits to his credit. Though White earned his living as a very successful liquor salesman, he was able to indulge his love of the outdoors, animals, local people and his fascination with the environment in his watercolors.