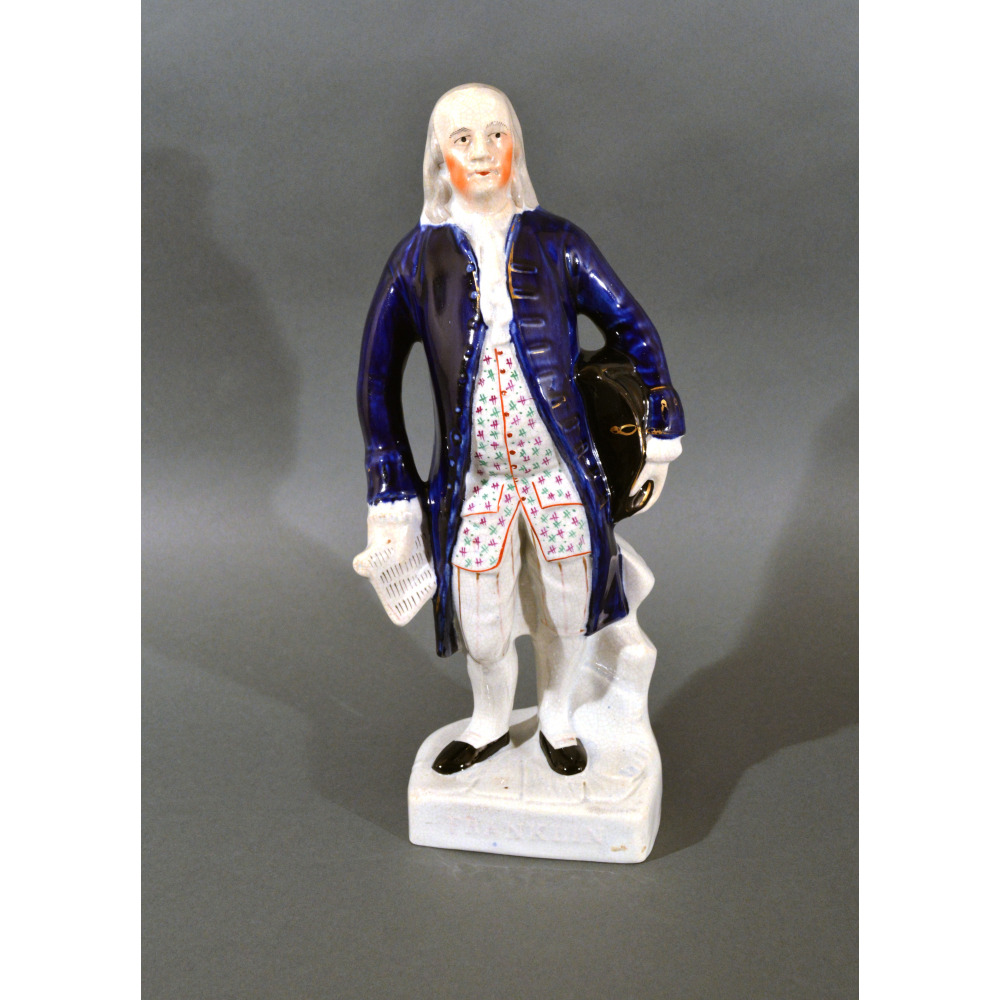 Named Franklin on base.

This Staffordshire figure of Benjamin Franklin has a white base with the words Franklin molded in the front. Franklin stands with a mazarine blue jacket and a flower-decorated waistcoat and a tricorne hat under his left arm and a book held in his right.

The condition is good.

According to the entry for a similar figure at the American Philosophical Society, this ceramic figure is an adaptation of François Marie Suzanne's 1793 terracotta statuette of Benjamin Franklin. Suzanne’s statuette was frequently reproduced with variations of costume and poses.