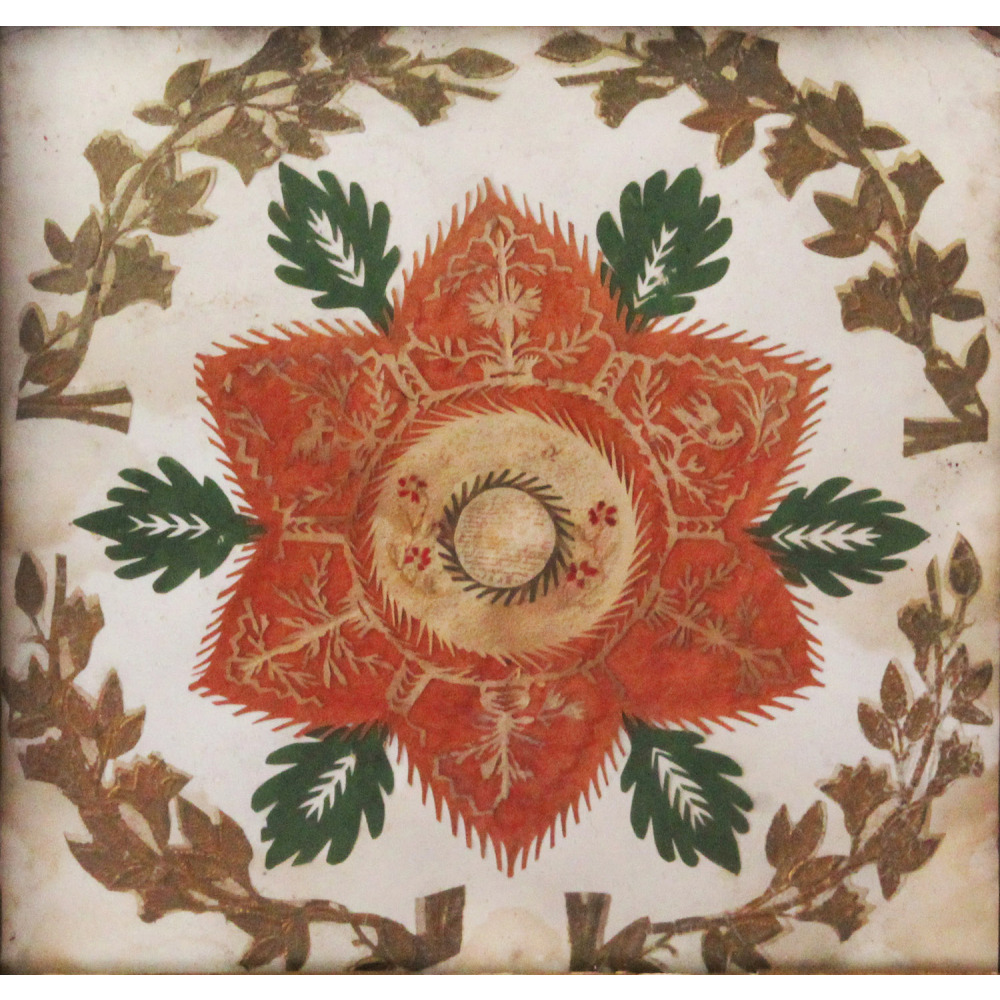 Signed M.A. (Martha Ann) Honeywell (b. 1786 Boston). Ink, with gold foil and paper applique on paper. Dated 1846. Martha was born without hands or forearms, and had only three toes on one foot; all of her art was created using her mouth and toes. She made her living cutting silhouettes and performing her skills at appearances from Salem, to Charleston, Louisville, Richmond and others, and even England and Europe. In the 19th century calligraphy artists sought to impress with their ability to write in an EXTREMELY small hand, the subject of which was often the Lord's Prayer. This cutting features the Lord's Prayer written within a circle a bit smaller than a DIME! Martha took the art of tiny calligraphy to a level that astonished her peers and the public given her physical limitations. The central roundrel is encircled with an area of flowers enhanced by pin pricks, leading to a hex-shaped flower with red ground and foil appliques, including a tiny bird silhouette upper right! The artwork is in exceptional condition, colors are rich and unfaded, with minor paper toning. There is rubbing to a portion of the prayer. Presented in a period gilt frame of about 11 inches square. In a nicely lit room the gilt from the frame contrasted against the colors of the artwork creates an impressive presence. A similar paper cutout by Honeywell, also featuring the Lord's Prayer, is in the collection of the Metropolitan Museum of Art.