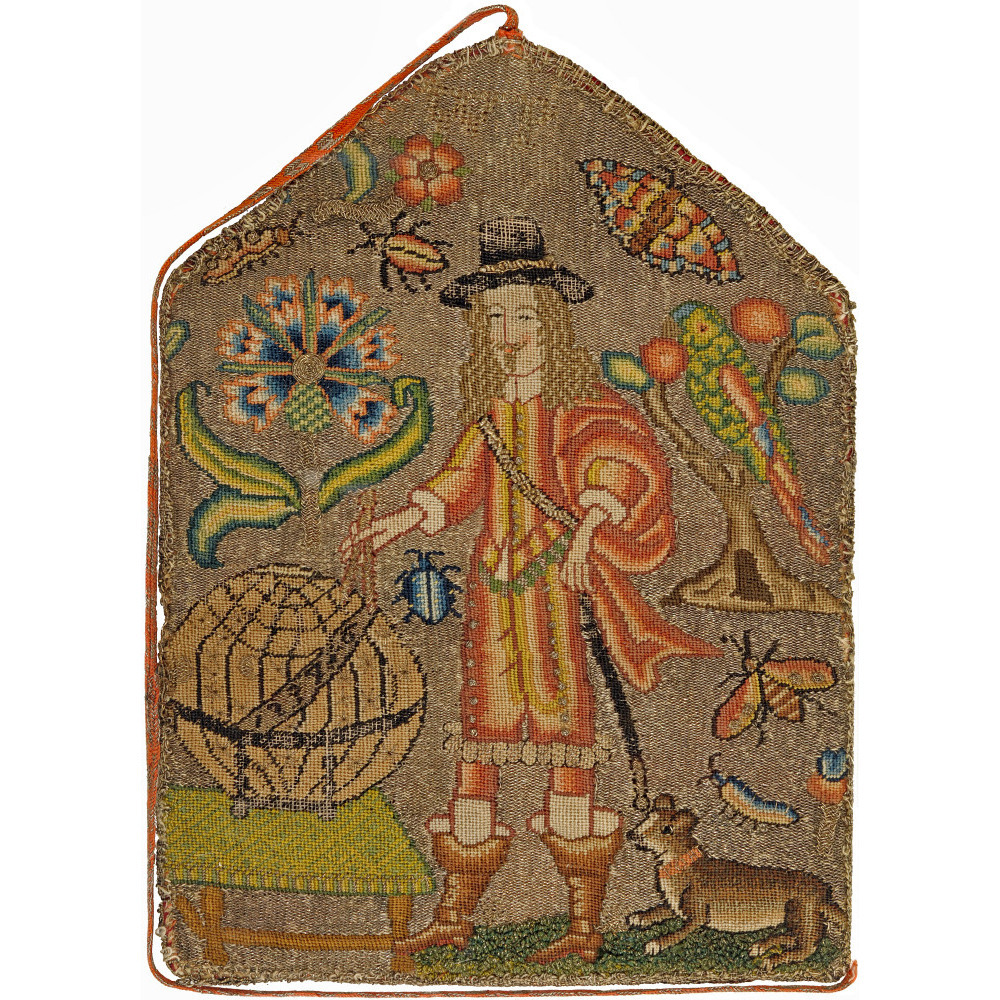 Admiral Sir William Penn’s purse is a national treasure both in America and England.  He is the man Pennsylvania was named after and, in England his achievements as a naval officer are legendary.  He managed to be a loyal naval officer to King Charles I and II and to Cromwell in between.  So it’s not surprising that his ship was sent to the Netherlands to bring King Charles II back to England in 1660.    Possibly this purse was included in the “great deal of needlework finery” ordered in May of 1660 by Admiral William Penn in preparation for occasion. “King Charles II stated Admiral Penn was resplendent in all his finery”.

There is a reference to his daughter Margaret (Peg) making the purse. She would have been 15 years old in 1660, so that is also a possibility.

The purse is inscribed with the initials W.P. above the great navigator Admiral William Penn standing beside a globe with his dog "Port", who was named after Port Royal, Jamaica. PORT is stitched on the collar.

The interior of the purse features Penn's coat-of-arms, a leopard which implies "the protector", and various flowering motifs.

For additional information visit our website under (stumpwork and related needlwork), or cut and past this link: http://antiquesamplers.com/needle/Penn%20Purse.htm