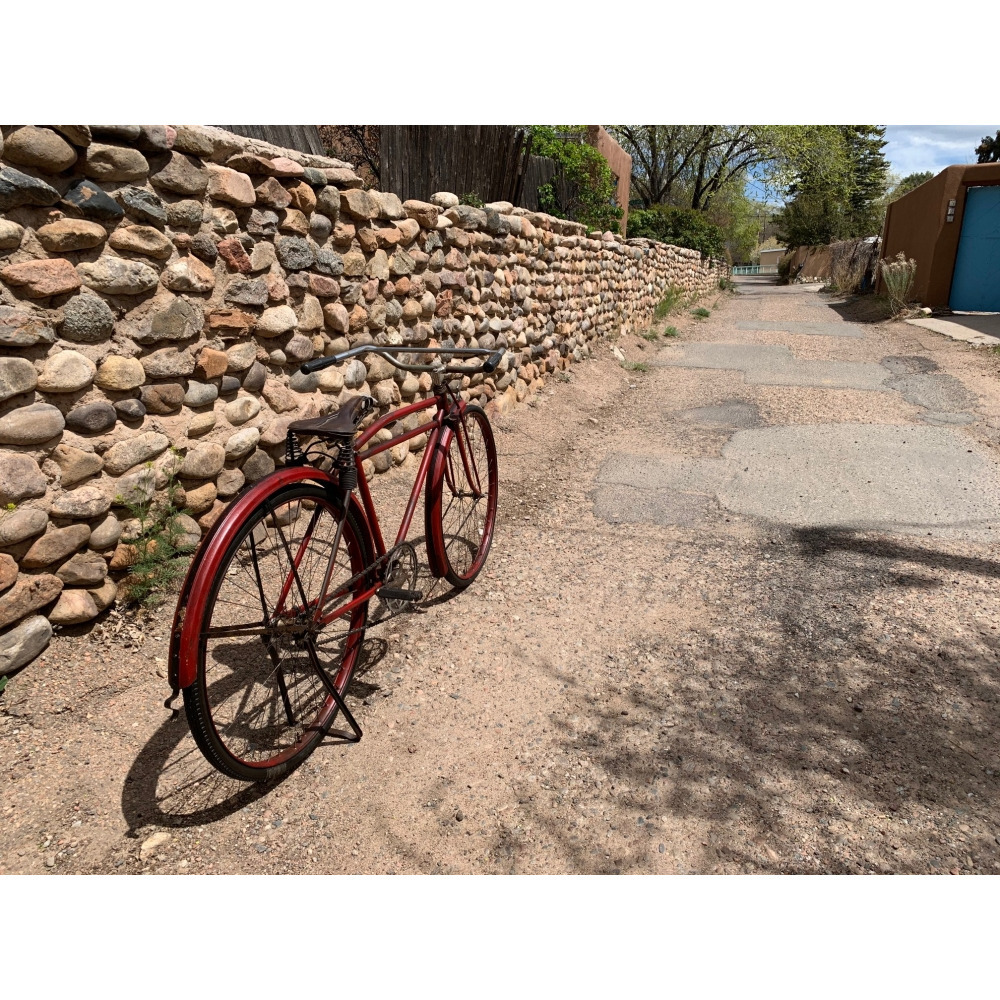 Excelsior was founded in 1903 by George Robie as Excelsior Supply Co.  The company expanded quickly and moved into manufacturing of motorcycles and bicycles.     Domestically built Triumph bicycles and motorcycles were launched by the company in 1908.  The example being offered is circa 1918-1920 and is the only one known with this version of the Triumph head badge.

Overall the bicycle is in very good condition with typical wear, scratches, light rust as expected.  The rear tire has a period cloth electrical tape repair that is charming.  For display only, would need bottom bracket and head tube repacked and a different wheelset if someone wanted to ride the bicycle safely.  Presents very well as an amazing display piece.

Brant Mackley Gallery is always interested in purchasing 19th century-1940 period bicycles, parts, accessories, and ephemera.  Please contact Brant if you have something you wish to sell.