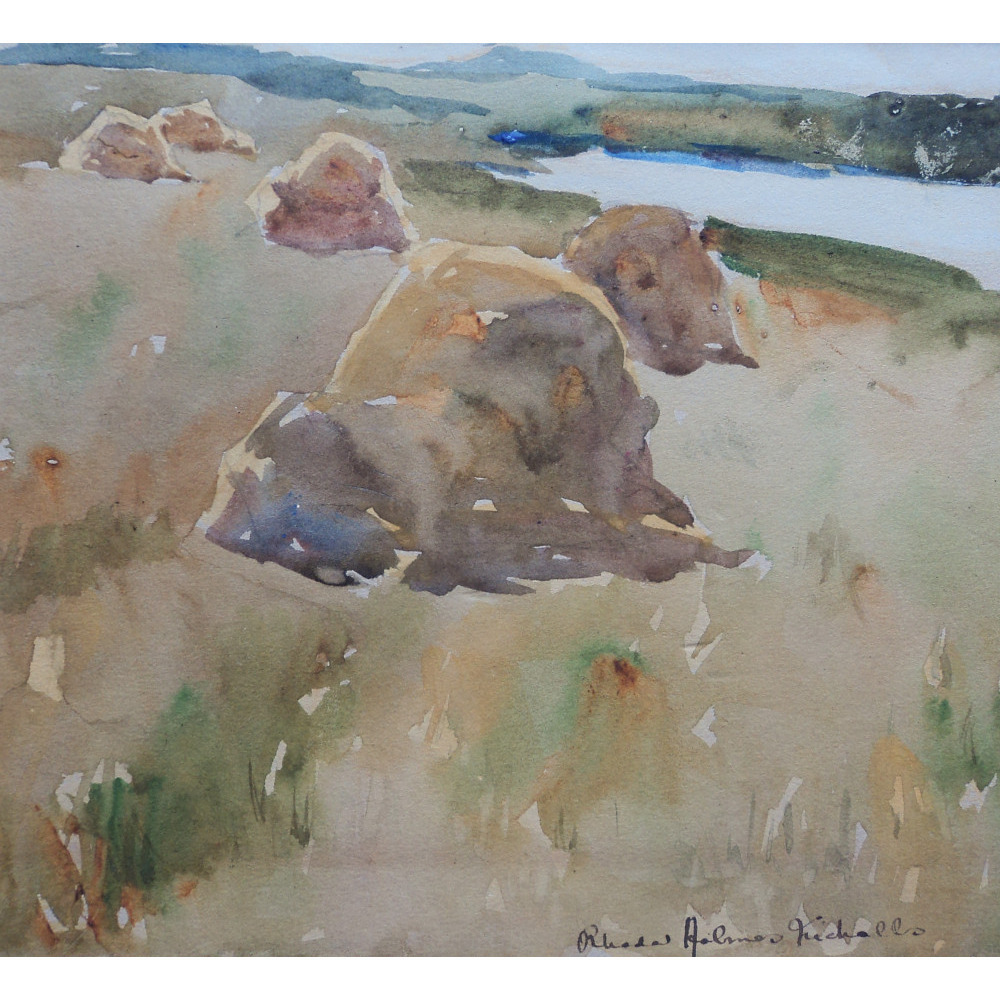 Born in Coventry, England, Rhoda Holmes Nicholls came to America in 1884 with her husband, artist Burr Nicholls. She studied at London's Bloomsbury School of Art and at the Kensington Museum, then gave up a Queen's scholarship choosing instead to travel and paint in Rome.  In Rome she was a member of the Circello Artistico, an artists' circle of multiple nationalities who shared mutual criticism. She was elected to the Roman Watercolor Society, only the second woman so honored. In the United States she quickly established her reputation, winning medals and awards. A member of the American Watercolor Society, the Brooklyn Art Association, the National Association of Women Artists, the New York Watercolor Society, and the Society of Independent Artists, she also exhibited at the Corcoran, the Boston Art Club, the Art Institute of Chicago, the National Academy, and the PAFA. An influential teacher, she headed W.M. Chase's watercolor classes at Shinnecock and conducted classes at the ASL, in Kennebunkport, and in Gloucester.