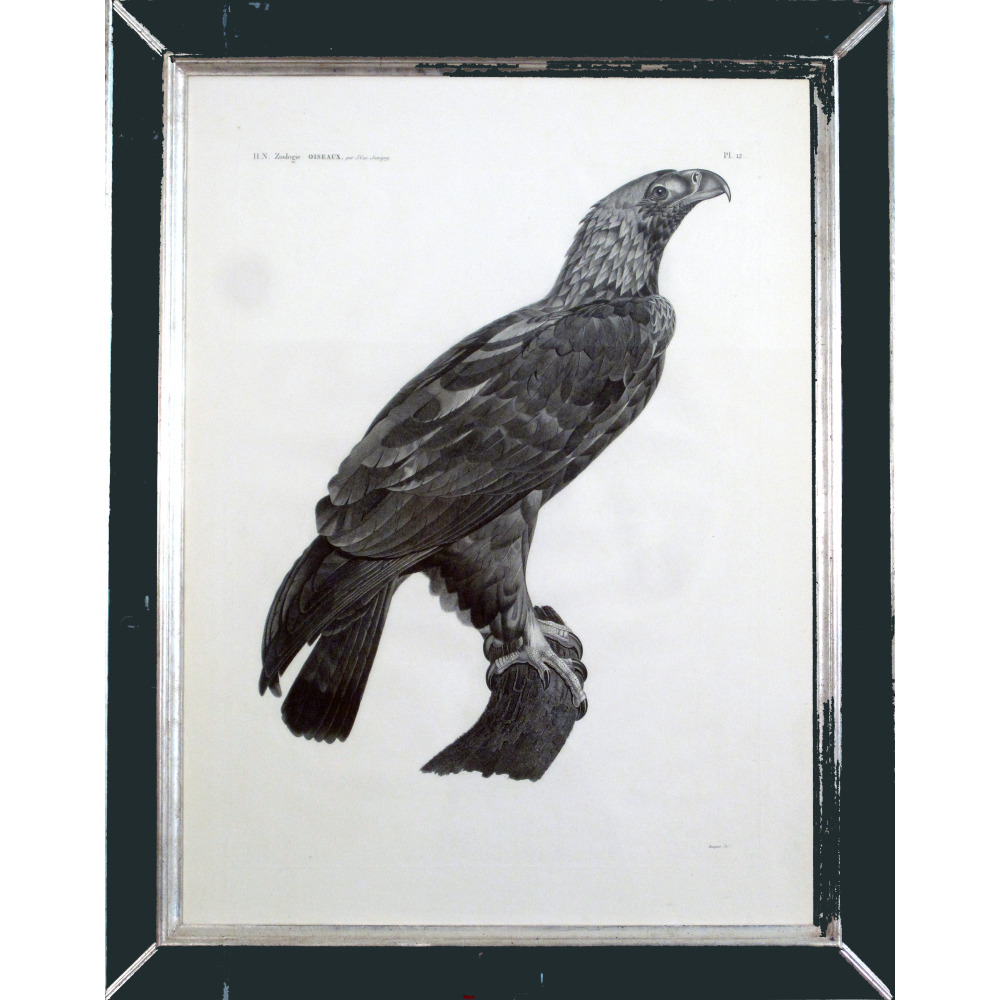 French Engraving of the Eastern Imperial Eagle from the Description de l'Egypte.

The stipple engraving depicts the Imperial Eagle ~ This is Aquila heliaca or the Eastern Imperial Eagle. It is the species whose image is used on the coins of the Ptolemies.

The bird of prey was sometimes associated with Hathor from Histoire Naturelle - Birds - Plate 12. The plate has in the top left N.H. Zoologie Oiseau par J. Ces Savigny (the image was created by Savigny).  To the top right is Pl 12.

The engraver's name Bouquet Snr. is found to bottom right.

'Description de l'Egypte', the seminal publication by the French government detailing the results of Napoleon's pioneering military and scientific expedition to Egypt (1798-1801) and the first comprehensive illustrated description of ancient and modern Egypt. From: (http://en.wikipedia.org/wiki/Description_de_l'%C3%89gypte)

The Description de l'Égypte (English: Description of Egypt) was a series of publications, appearing first in 1809 and continuing until the final volume appeared in 1829, which offered a comprehensive scientific description of ancient and modern Egypt as well as its natural history.

It is the collaborative work of about 160 civilian scholars and scientists, known popularly as the savants, who accompanied Napoleon's expedition to Egypt in 1798 to 1801 as part of the French Revolutionary Wars, as well as about 2000 artists and technicians, including 400 engravers, who would later compile it into a full work.