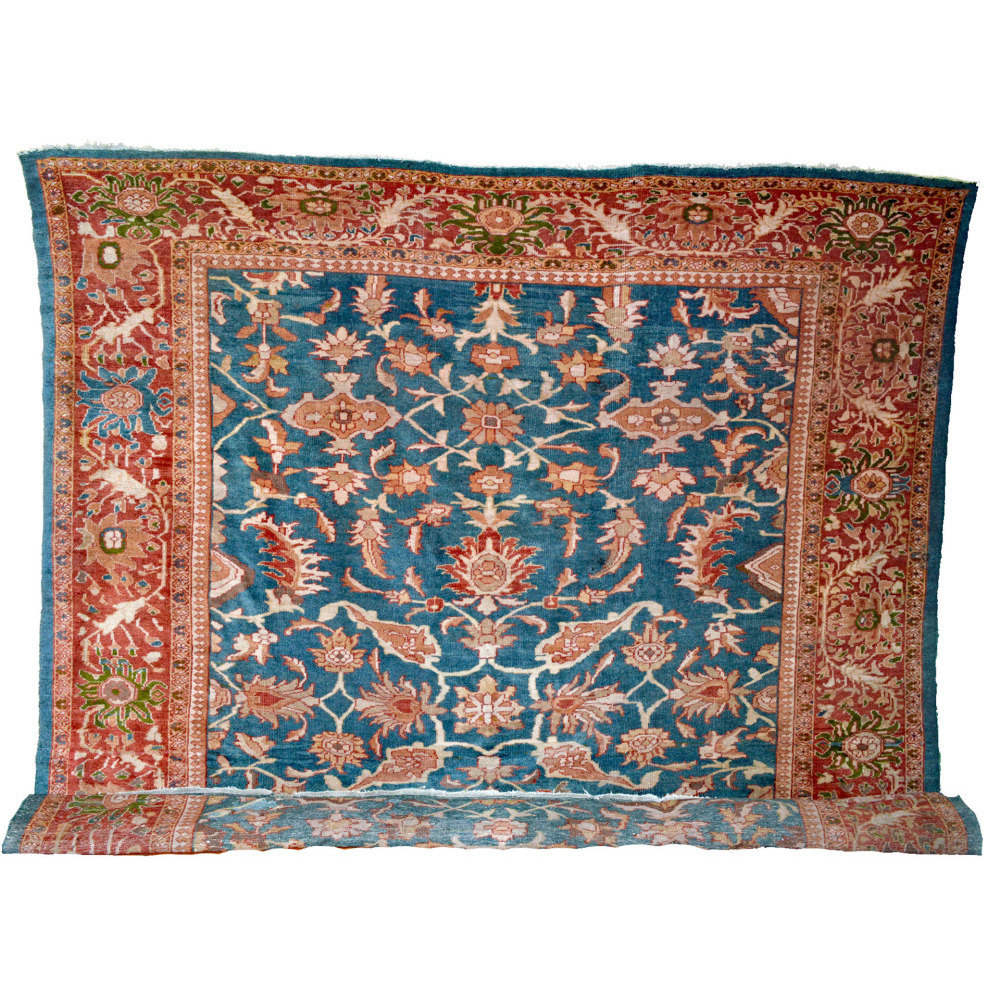 The Anglo-Swiss company Ziegler & Co. began producing carpets in central Persia’s Sultanabad province around 1883. They were produced largely for the English aristocracy, though some seemed destined for the United States, as well.

Antique Sultanabads are the quintessential 19th century Persian decorative carpet: soft in color and with a relaxed but elegant aesthetic. They are not as finely woven as the Fereghan Sarouk carpets produced in the same region contemporaneously, but Sultanabads are prized for their charm and beautiful colors.

This example features an all-over design on a steel blue field. There is a Loden green color in the border that I often associate with carpets made by Zioegler & Co, and it has the flat back characteristic of earlier examples, as opposed to the “Mahal” carpets produced in the first quarter of the 20th century.

Various leaves and palmettes decorate the steel blue field which is framed by a brick red border with leaves and flowers of grand proportion. The Reciprocal Trefoil inner guard border is a feature I tend to almost invariably like.

For the traditional country house look, there is arguably no better choice than a 19th century Sultanabad carpet.