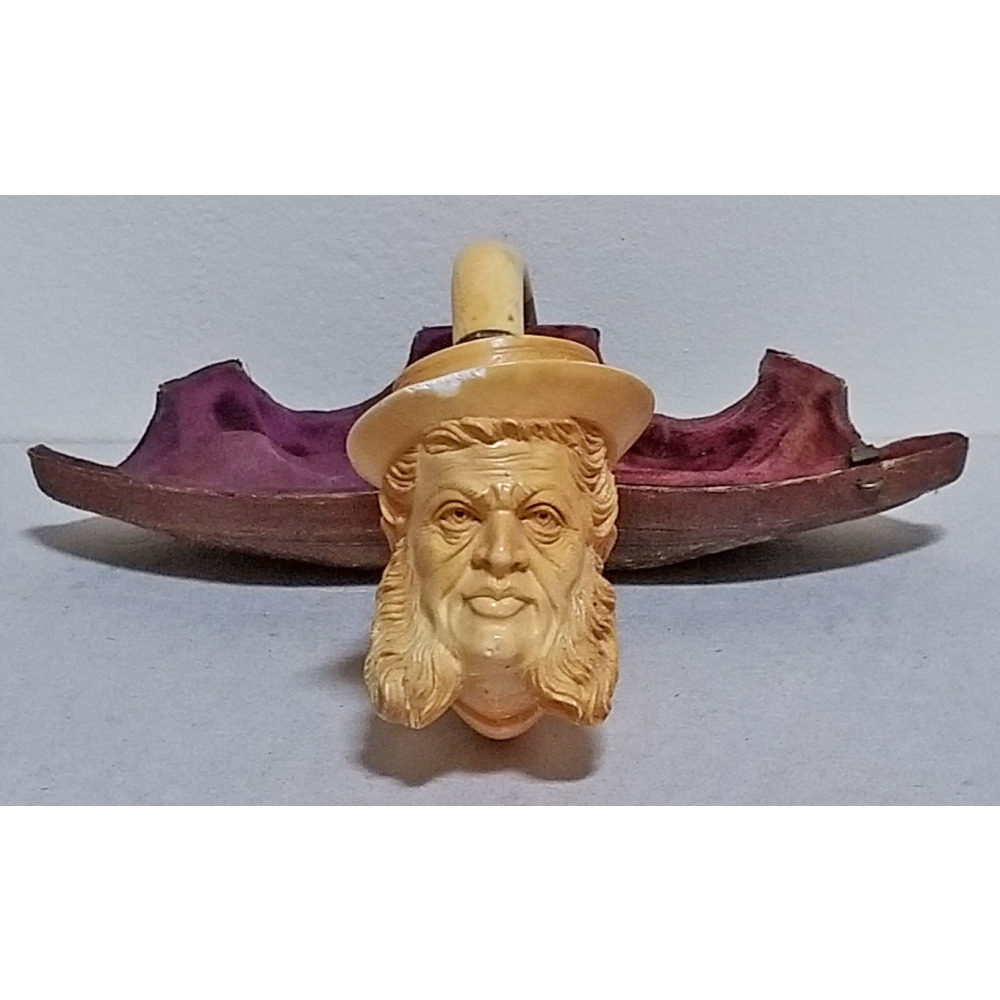 An important piece of Minnesota history.  This intricately carved Meerschaum pipe and matching bowl case were owned by Hermann Trott of Minnesota.  He was born in Hanover, Germany in 1830, the son of C. C. Trott, a German military officer.

Hermann moved to Washington in the 1890s, where he was one of the incorporators of the Prospecting Mining and Meterological Company in Tacoma.  He returned to St. Paul towards the end of his life and died there in 1903.

Included with the pipe and case are a cheroot holder pipe insert, cheroot holder and cigarette holder, all of which descended through the family.  There is some old wear to the brim of the hat.