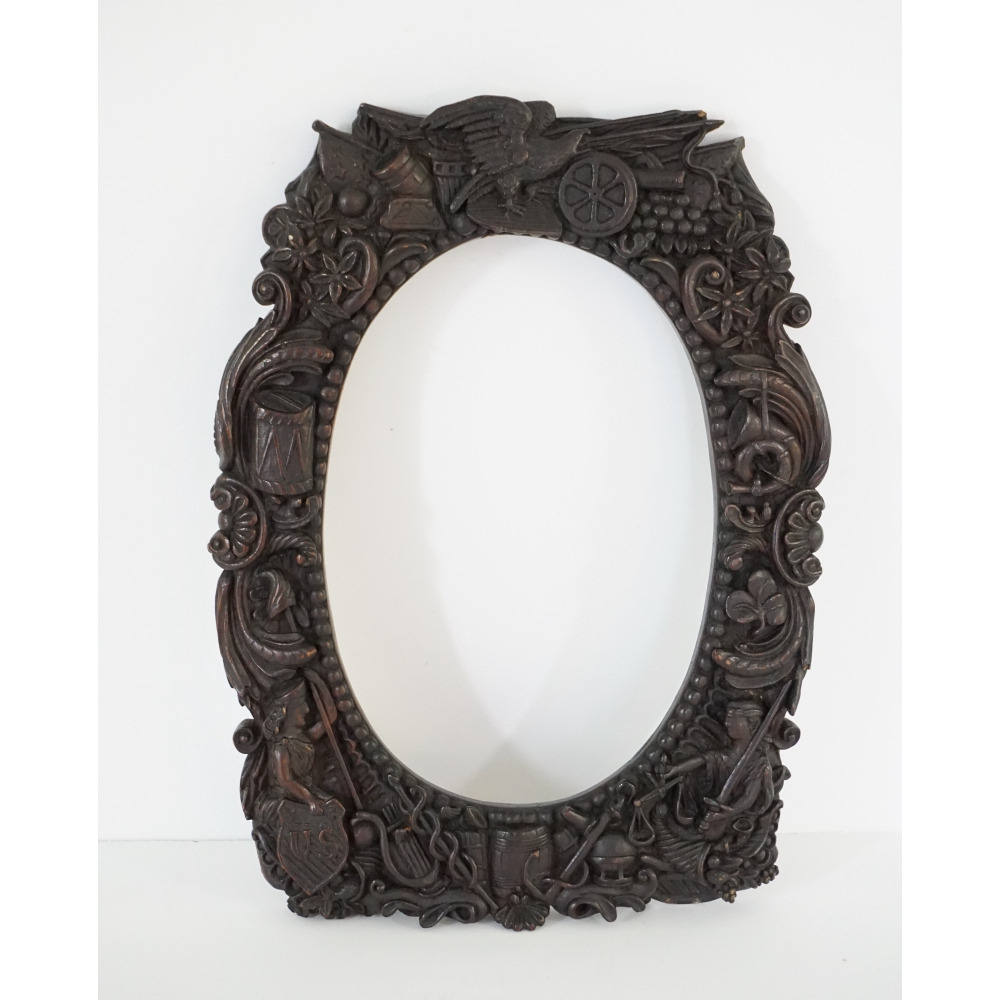 This frame is adorned with intricate cavings depicting the American eagle with a shield and flag, Lady Liberty, Lady Justice, a cannon, a drum and horn, an anchor, and a caduceus.  William Schlingloff (1832-1911) served in the 52nd Regiment of the New York Infantry during the civil war.  Schlingloff returned to Brooklyn, New York after the war and was employed as a paper box manufacturer.  His obituary states that he was well known for his carvings in ivory and wood. The frame is in good condition and retains an old mellow finish.There are several small chips to the carving. W: 9”, H: 12”.