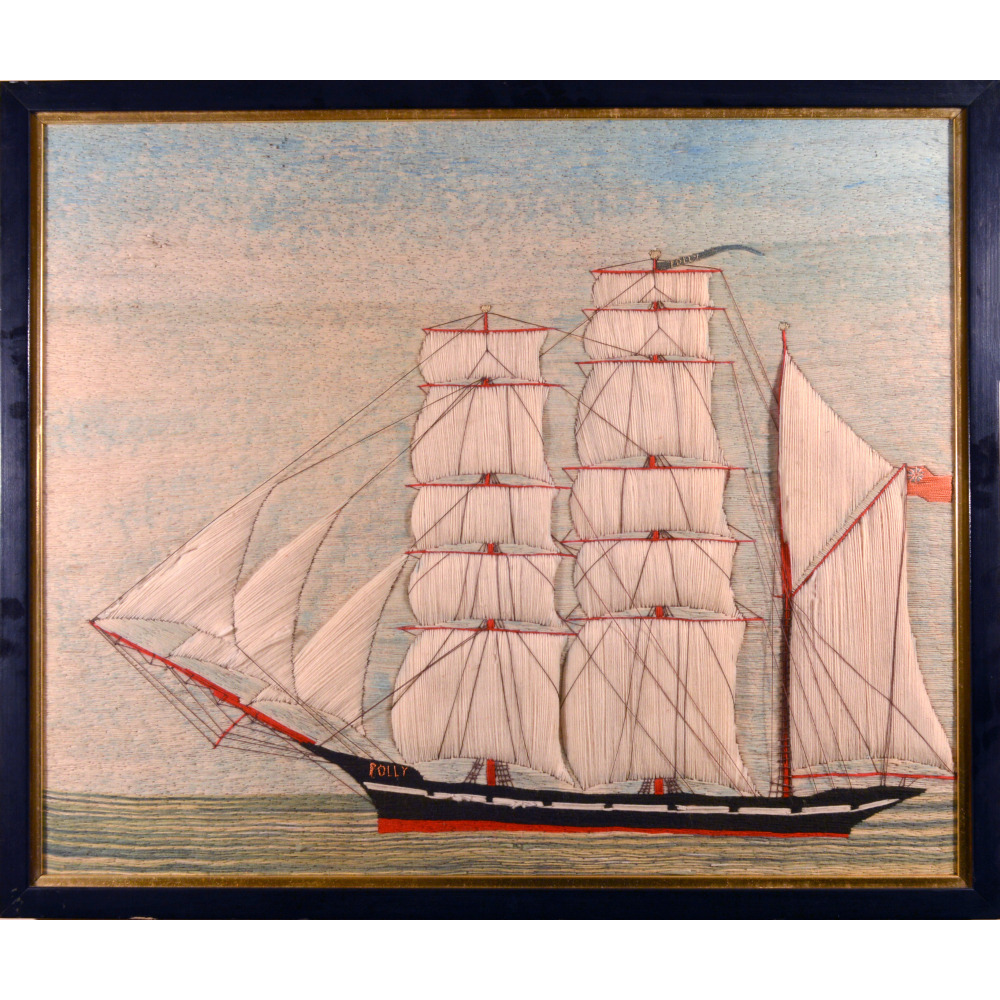 A large sailor's woolie or woolwork of a port side view of a ship named "Polly" under full sail.  The ship is rigged as a barque. The name "Polly" can be seen on a banner flying from the mainmast and on the front of the bow.  The sails are trapunto creating a three-dimensional look of the sails full of wind.  The sea is depicted is rippling bands of green and white.

A barque has three or four masts. The fore and mainmast are square-rigged, and the mizzen fore-and-aft, usually gaff-rigged. Carries a mainsail on each mast, but the mainsail shape differs per mast (square or gaff). Barques were built with up to five masts. Four-masted barques were quite common. Barques were a good alternative to full-rigged ships because they require a lot fewer sailors. But they were also slower. Very popular rig for ocean crossings, so a great rig for merchants who travel long distances and don't want 30 - 50 sailors to run their ship.