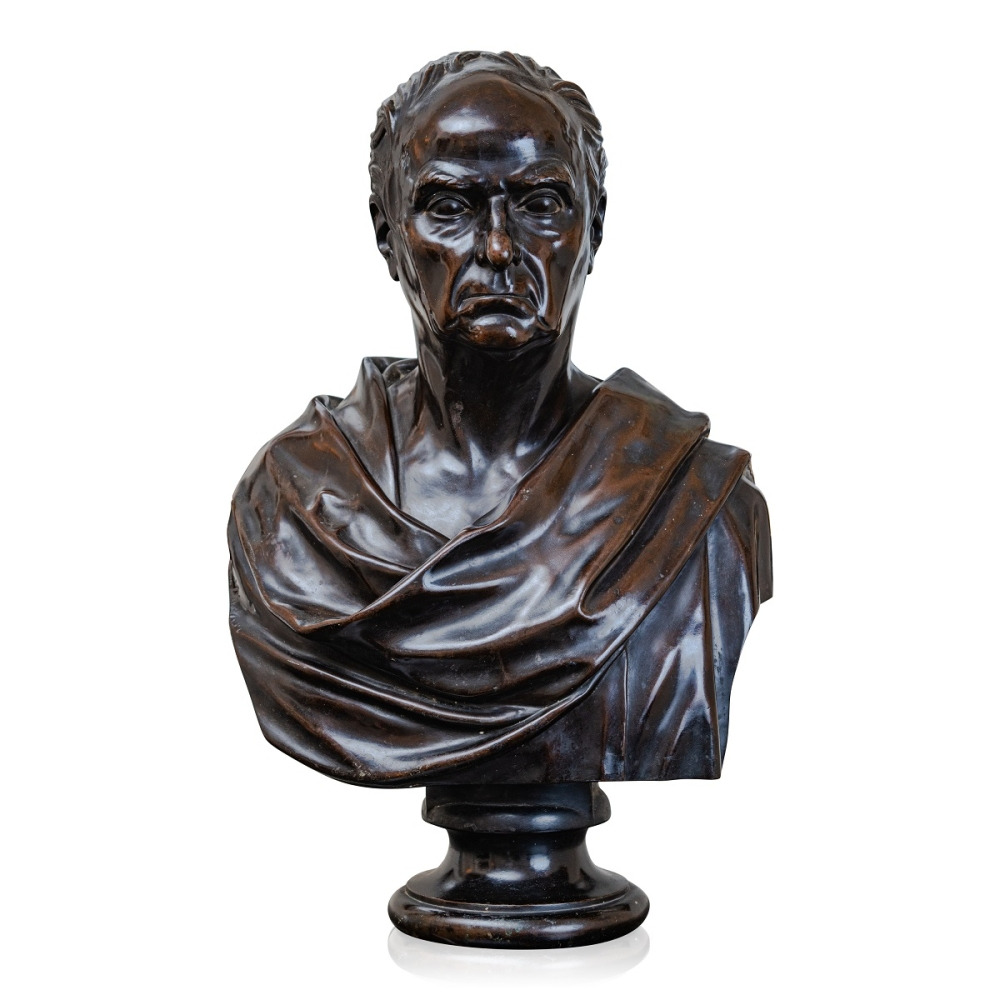 A native of Scotland, King came to the U.S. in 1829 and arrived in Cincinnati by way of New Orleans by 1830.  He was a factory superintendant in Cincinnati and was befriended by Hiram Powers who he met though the Western Museum, an organization that attracted the burgeoning arts community of the city.  Powers encouraged him to begin modeling, lending him clay, tools and studio space, with Powers' wife as his first subject.  King followed Powers to Boston in1840 where he found success modeling busts of prominent citizens of Boston, luminaries such as John Quincy Adams, Ralph Waldo Emerson, Daniel Webster, and his countrymen Robert Burns and Sir Walter Scott. He also mentored William Morris Hunt and Thomas Ball, and excelled at shell cameo portraits.

King's marble busts of Webster and J.Q. Adams are in Faneuil Hall in Boston and his marble bust of Adams is in the US Capitol, a bronze copy is in the St. Johnsbury Athenaeum.  Plaster busts of Robert Burns and Daniel Webster are in the collection of the Smithsonian American Art Museum.  King's Copeland porcelain bust of Webster is in the New Hampshire Historical Society.  The present bust is the only known bronze rendition.

Daniel Webster (1782-1852) was among the towering statesmen and orators of the first half of the 19th century, and he sat to many sculptors including Hiram Powers.  As a lawyer, throughout his career, he served as council in a total 223 cases before the US Supreme court and won about half of them.  He represented both New Hampshire and Massachusetts in the US House of Representatives and was a US Senator from Massachusetts.  His Second Reply to Hayne speech against the theory of Nullification is widely regarded as one of the greatest speeches ever delivered in Congress.  He served as Secretary of State in three administrations, for Presidents Harrison, Tyler and Fillmore.  An image of Daniel Webster appears on no less that fourteen different US postage stamps.

Elkington, Mason & Sons, the successors to G. R. Elkington & Co., were active from 1842-1861.  They were primarily known as silversmiths and were among the first to develop the process of electroplating silver.