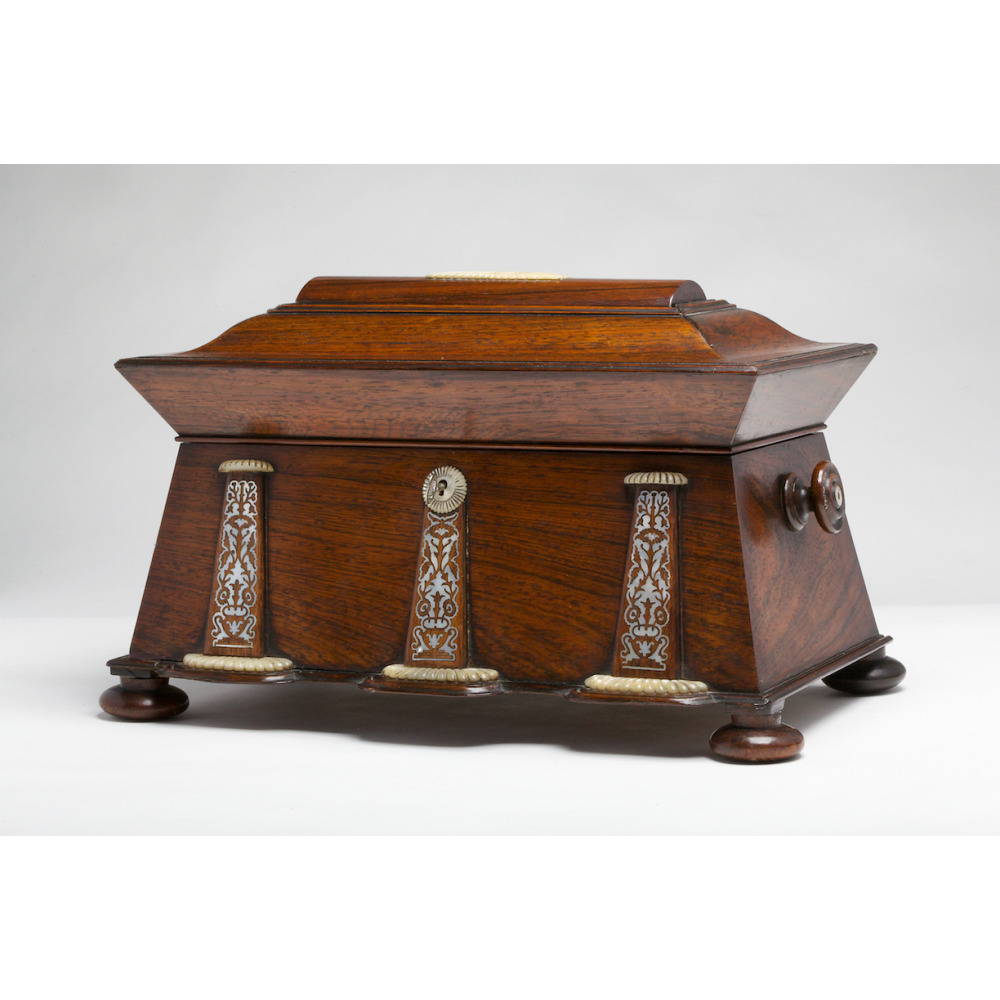 The Brazilian rosewood tea chest in the form of an Egyptian temple with the lid having a projecting cornice and domed top with carved mother-of-pearl decoration, above the base with sloping sides with turned round knobs at each end and Egyptian-style pilasters inlaid with mother-of-pearl on the front.  The case rests on pad feet. The lid opens to a fitted three-part interior with a pair of lidded wood, lead-foil-lined tea caddies flanking a glass mixing bowl.

Condition: Excellent; The glass mixing bowl is period but may be a replacement.

The Egyptian architectural or Pylon-form of this Regency Rosewood tea chest is consistent with the late 18th and early 19th century interest is ancient and exotic cultures, particularly those of ancient Egypt, Greece and Rome. Existing interest was renewed by Napoleon's conquest of Egypt in 1798 and Egyptian style and motif, along with other Classical forms continued to influence Western design well into the 19th century. Another ancient form adopted for modern use in the English Regency, the sarcophagus shape, was used for the cellaret by early 19th century designer Thomas Sheraton. This case for storing wine was published in his Cabinet Dictionary in 1803.  These Classical shapes, thereafter, must have seemed ideally suited for other boxes of any use such as a coin collector's cabinet. A coin cabinet in the Egyptian taste made for Napoleon, himself, is in the collection of the Metropolitan Museum of Art. This beautiful and sophisticated tea chest is a perfect reflection of that influence.