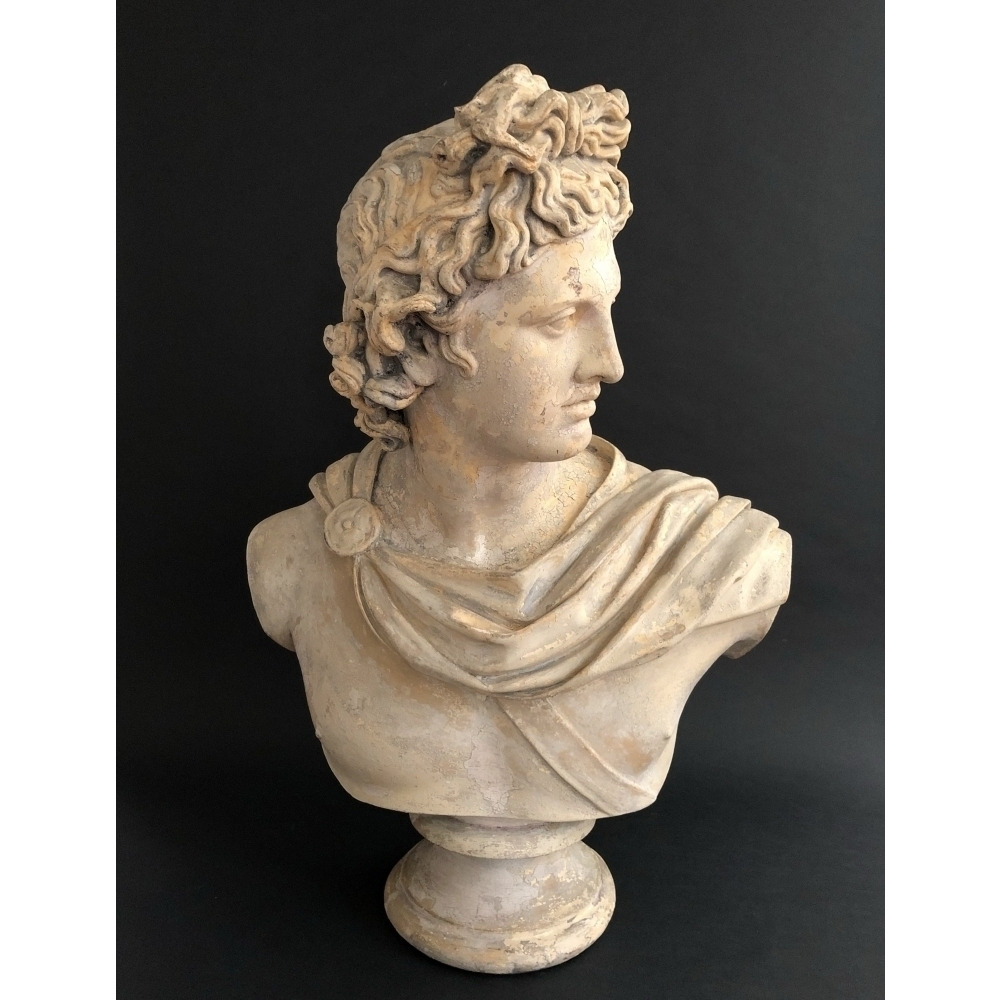 A Plaster Bust of Apollo Belvedere

This large plaster bust of Apollo Belvedere was taken from a Roman 2nd century CE copy of an ancient Greek 4th century BCE sculpture which now resides in the Pio Clementine Museum in the Vatican City. It was cast by the firm of P. P. Caproni & Brother who continued a tradition of excellent cast making since the mid-19th century in Boston. The core of the Caproni collection was first made and offered by the Francis Chickey Company in Boston in 1835. The company was purchased by the Paul A. Garey & Company around 1860. In 1892, Garey’s apprentice, Pietro Paulo Caproni, and his brother, Emilio Caproni, bought the firm. This piece is in excellent condition and has achieved a wonderful surface  from the remnants of a later flaking paint. In the 1911 catalog, this size Apollo Belvedere was #4014. It is identified on the rear in raised letters: P. P. Caproni & Bro. / Boston.