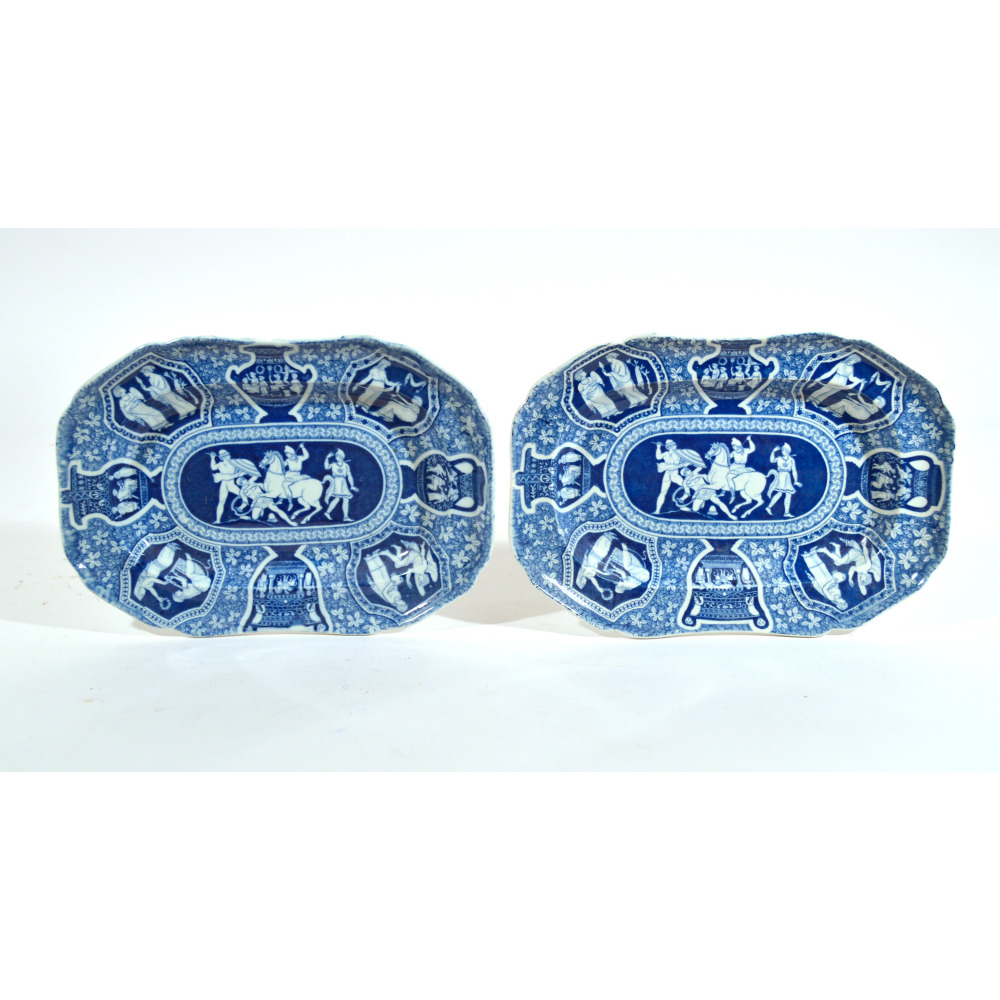 The Spode Greek pattern pottery dishes are printed in blue with "Four Figures in Battle" in the central panel with neo-classical scenes on panels and urns on the border.    The actual history behind this scene is unknown, but the pattern shows four figures in battle.

The neo-classical “Greek” pattern, introduced in 1806, catered to the demand for classical subjects created by the Greek Revival style.  The images were taken from “Outlines from the Figures and Compositions upon the Greek, Roman and Etruscan Vases of the late Sir William Hamilton; with engraved borders. Drawn and engraved by the late Mr. Kirk”.   This was probably the first multi-scene pattern introduced at the Spode Factory.

Reference: http://www.spodeceramics.com/pottery/printed-designs/patterns/four-figures-battle.  The pattern appears on exactly the same shape as our example.