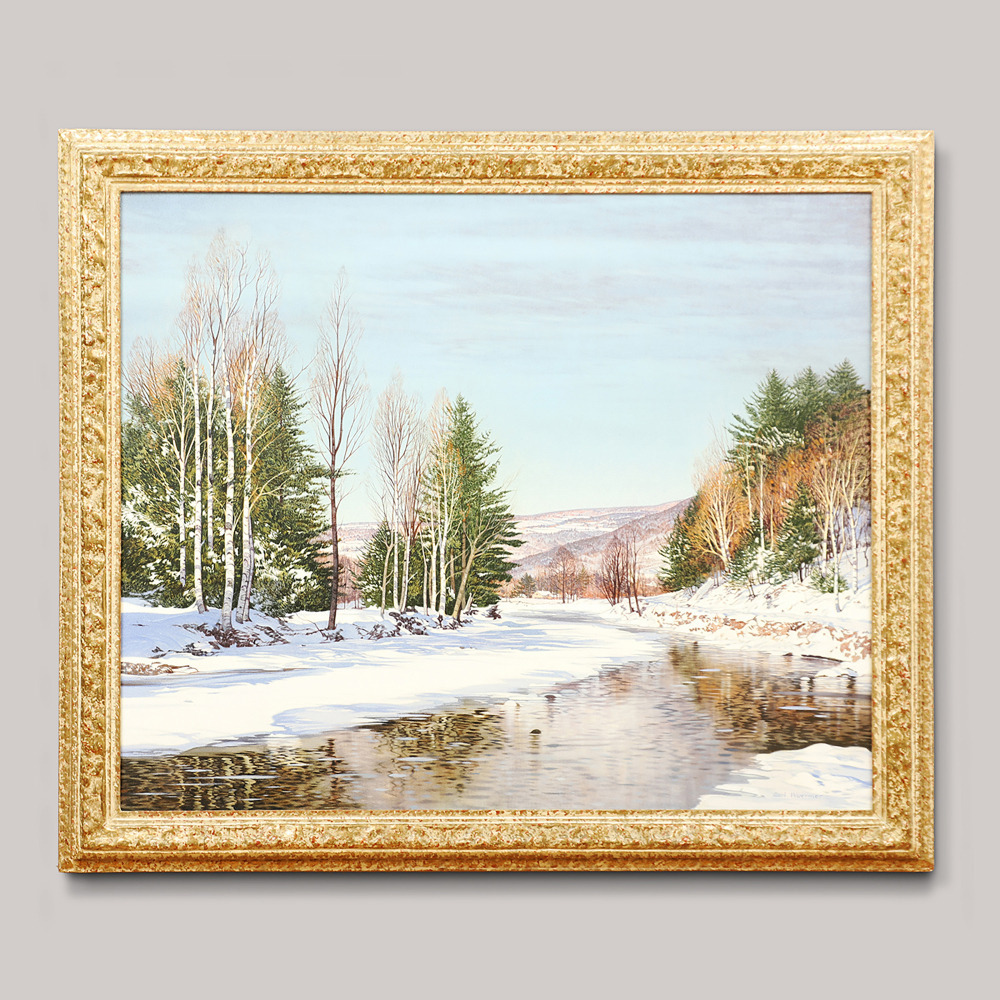 Lived/active: New York and California.
The Wintry River.
Signed (l.r.): Carl Wuermer.
Numbered and signed on label, ”204” (verso).
Ca. Mid-20th c.
Oil on canvas. In a Newcomb-Macklin frame.
25” x 20”, 30 x 35” with frame.
Known for serene, realistic landscapes, he was a widely exhibited painter who won numerous awards including the J. Francis Murphy Memorial Prize from the National Academy of Design in 1928. Many of his paintings convey a sense of panorama and lead the eye into deep vistas. In 1929, he was accepted for artist membership by the Grand Central Art Galleries in New York City. His technique for painting was similar to that of the Pointillists although the final effect was much more exact and realistic. He slowly built up the paint on his canvas using dots of color.