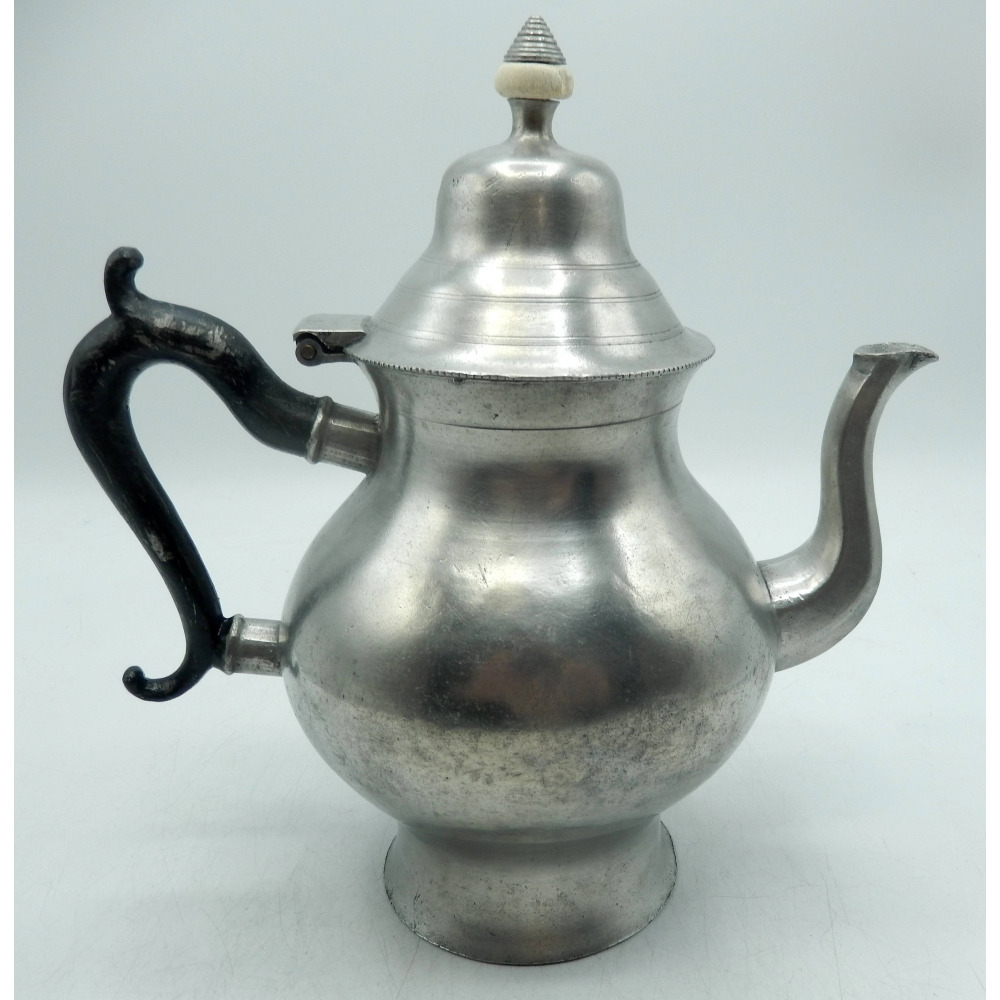 This pot is 9” high.  This is one of the earliest types of “tall pots” introduced in the beginning of the 19th Century. This is also the inverted mold type which utilizes two of the same body molds placed upon each other. This method gains height and conserves molds.  It is not marked but probably made by Samuel Danforth.  Could also be made by the Danforth Group, Boardman Group or Samuel Kilbourn when he lived in Connecticut.  We thought Samuel Danforth because of the beehive finial. Condition of the metal is very good.  This is one of the rarest of 19th Century pots.