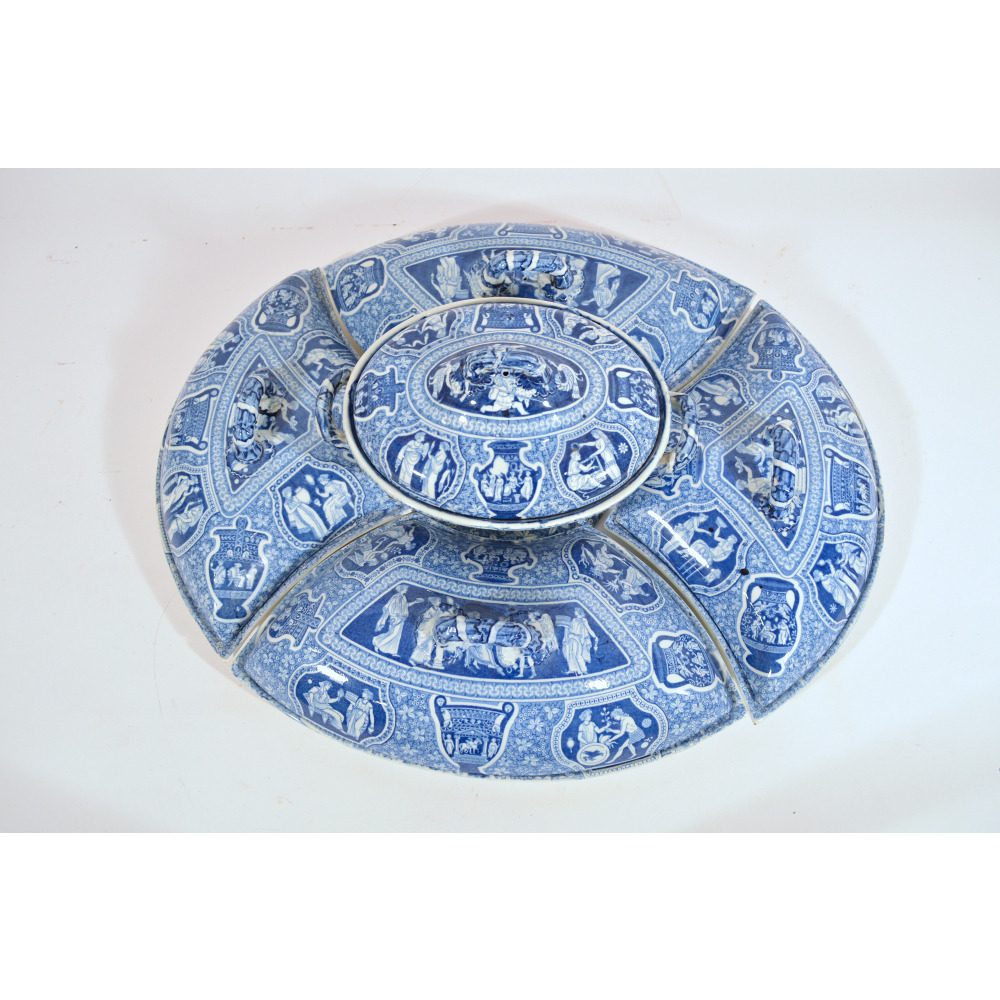 The Spode pottery underglaze blue Greek pattern supper set consists of a central covered tureen with a pieced inner cover.  This is surrounded by four demi-lune-covered dishes.  The tureen has a different central scene to each side and the covered dishes of two different shapes have designs on the cover and on the central well.  Each shape has a different shape.   Condition Great condition with a flake on the corner of one cover (see photo- can be easily repaired).

The neo-classical “Greek” pattern, introduced in 1806, catered to the demand for classical subjects created by the Greek Revival style.  The images were taken from “Outlines from the Figures and Compositions upon the Greek, Roman and Etruscan Vases of the late Sir William Hamilton; with engraved borders. Drawn and engraved by the late Mr. Kirk”.

This was probably the first multi-scene pattern introduced at the Spode Factory.

Mark: several piece and covers has a workman's mark of a circle and with an arrow. (Called WMT 1).