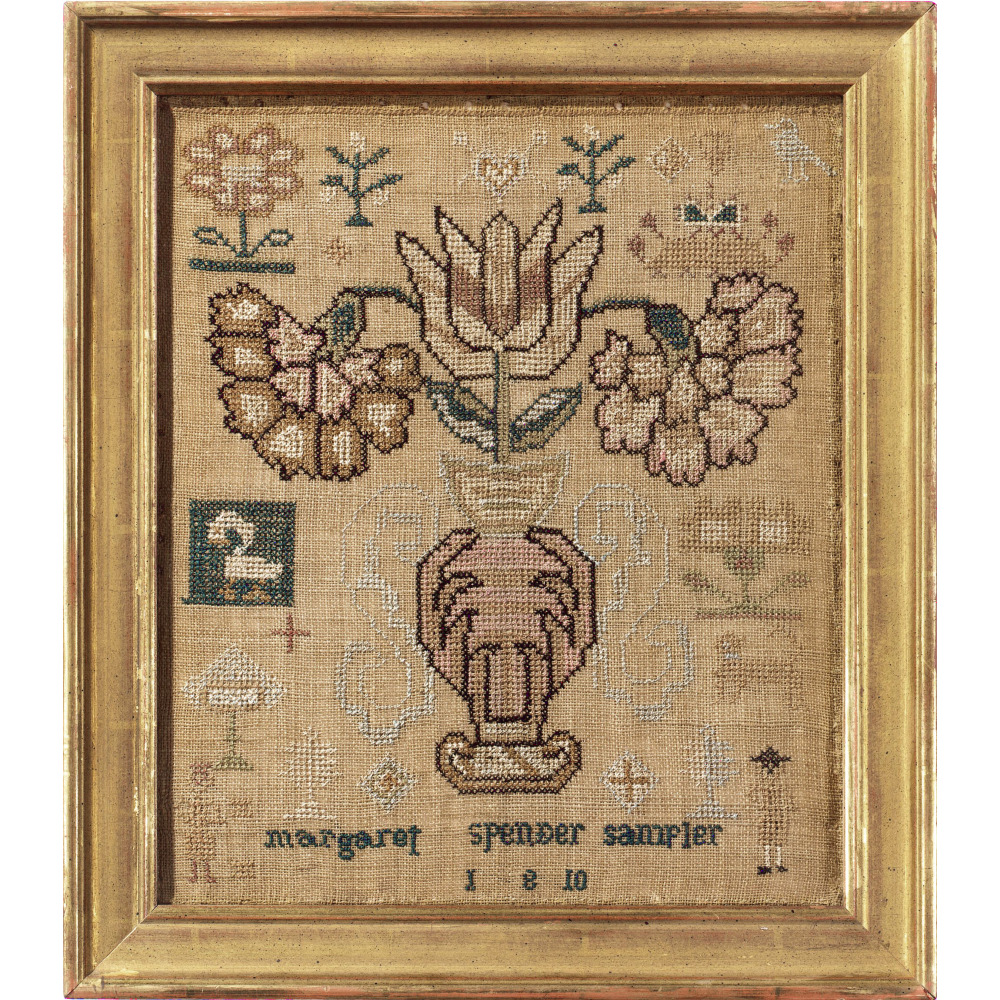 Many of the antique samplers made in the 17th and early 18th centuries in Germany and Northern Europe include the bold pictorial elements that were first published in Germany in the 16th century, precisely to be used as needlework patterns. This English sampler, which exhibits characteristics of these very early German patterns, affirms that these patterns traveled internationally and were widely referenced for a great many years after they were first distributed.

The specific motifs that can be traced to early patterns include the beautifully worked large central motif of a tulip and two carnations filling a double-handled vase, and the swan with its craning neck set inside a dark green square. Margaret Spender stitched this pleasing pictorial piece in 1810, and also included some smaller motifs that have their origins in English samplermaking: the little man and woman, hearts, birds and the dog.

Worked in silk on tan linen, the sampler remains in excellent condition. It has been conservation mounted into a molded gilt frame.