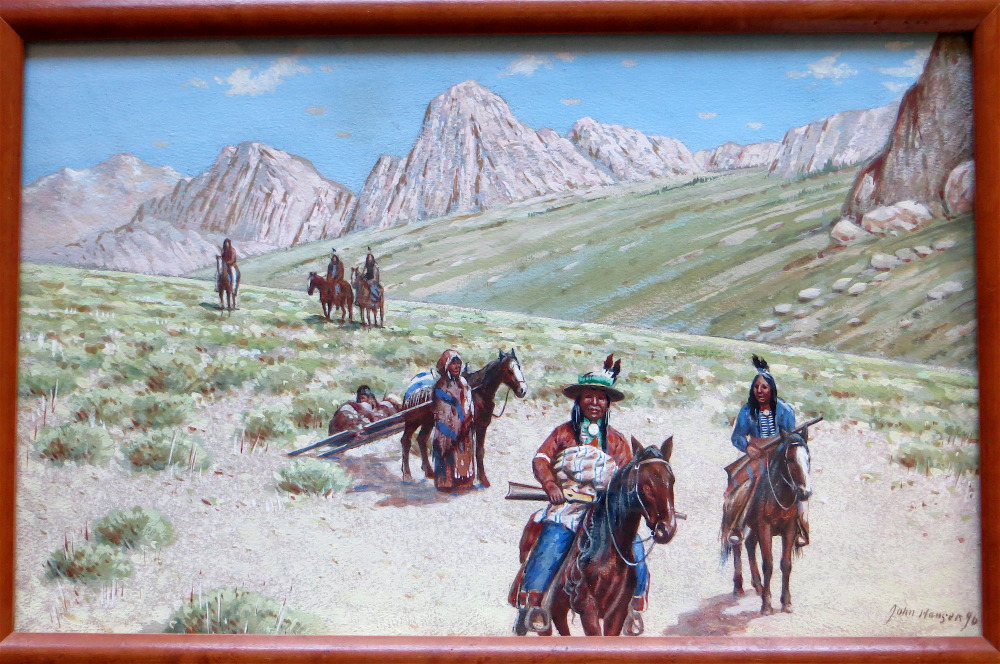 Dated 1896 and signed lower right this John Hauser painting is so popular that it has been reproduced in several mediums over the last 100 years, but this is the original. It has been exhibited in several impressive showrooms, and boasts many references to substantiate its importance in Western Art circles.

“Mountain Desert Trail” has also been referred to as Indian Scouts with Travois” in recognition of the sle like carrier being pulled behind a horse by the Indian.

John Hauser was born in Cincinnati, Ohio, but became fascinated with the American Indian of the Southwest and West at a young age; so much so that he painted and depicted them for the rest of his life in various aspects of their everyday living. He painted many portraits of Native Americans including “Sitting Bull” and “Red Cloud”. He is also known for the realistic accuracy reflected in his paintings.