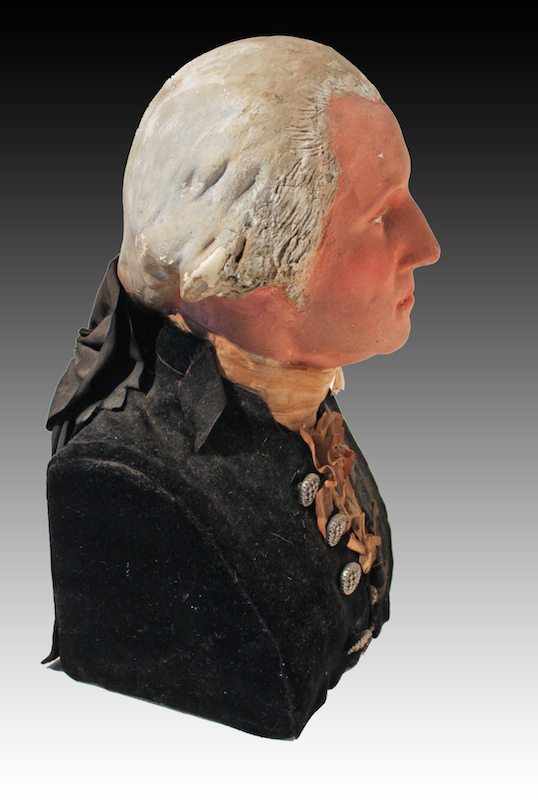 Probably Northeastern to mid-Atlantic, 19th century. Plaster, paint, fabric and metal (buttons). Proud and stately. Skillfully executed plaster bust with exceptional modeling and detail in a strong likeness of Washington. Original dry paint to the face and whig. Elevated considerably by being attired in a silk cravat, velvet coat with buttons, and subtantial black-silk hair ribbon at the back. Many busts of Washington have survived in mediums such as marble, porcelain, wood, and wax, yet I have not encountered another example that is clothed in real textiles. Minor surface chips. Stands just under 11 inches tall and is substantial in hand (several pounds). Rests solidly without wobble or tipping on a chest, shelf, mantle, or other flat surface