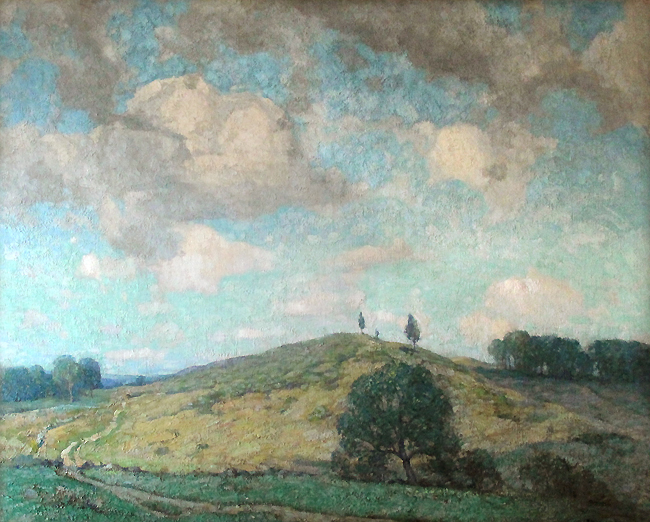 Signed lower right, oil on canvas Henry Bill Selden was born in New London, Connecticut, the son of a Civil War Colonel, on January 24, 1886. His mother had high aspirations for her son and hoped he would become a doctor. Henry went missing after two years at Princeton. When his parents finally found him he was at the Pennsylvania Academy studying painting. After Pennsylvania Henry went on to the Arts Students' League in New York with Charles Woodbury and Birge Harrison. He also studied with Frank Duveneck in Cincinnati, Ohio. Selden's accomplishments were recognized early on as a student when his painting was selected for the International Exhibition in Buenos Aires. Selden also exhibited at the Pennsylvania Academy of Fine Arts in 1910 and 1911, and was a very active member in various organizations: the Lyme Art Association, American Watercolor Society, Allied Artists Association, Artists Fun Society NY, Connecticut Academy of Fine Arts, the National Arts Club (established in 1898 in New York to foster applied arts) and the exclusive Salmagundi Club of New York. Selden was awarded the Flagg Prize in 1929 by the Connecticut Academy of Fine Arts and again in 1931. He later became Associate Professor of Fine Arts at Connecticut College. His art, said Lucy Price of Trend magazine in 1925, "is of the kind lyrical for the most part, which people want to own and hang in their own homes where pictures will add something to the joy of everyday life." They represent "traditionalism" in the best sense of the term." Midsummer is a large and pleasing painting of a hillside under scudding clouds with a dramatically shadowed foreground. It's richly painted with so much atmosphere you can almost see the warm breezes blowing.