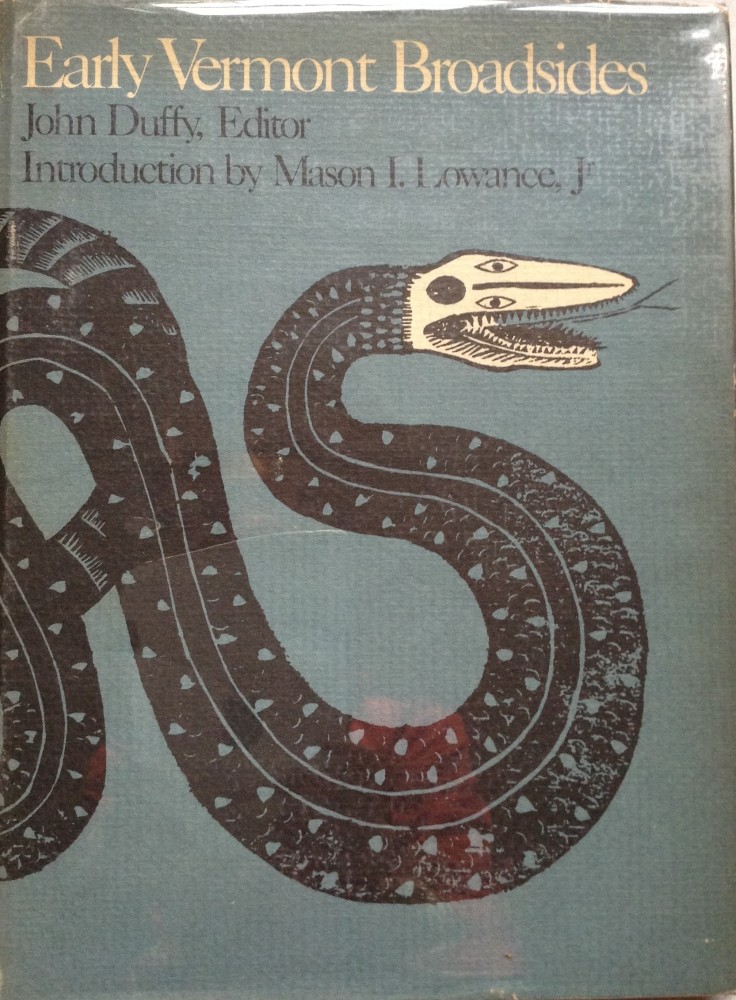 Early Vermont Broadsides by John Duffy, ed. with an introduction by Mason I. Lowance, Jr. Published for the University of Vermont by the University Press of New England, Hanover, NH, 1975. Each of the 21 broadsides illustrated includes alarge black and white photograph and catalogue information. Hardcover with dust jacket. Fine book, although note puple stamp inside cover "Purchased at USPS Auction" and small tears to edges of dust jacket are stabilized with mylar Brodart cover. Broadsides are grouped by Verses, Psalms & Hymns; Inventions, Discoveries & Public Announcements; Military Announcements; Politics & Statecraft; and Dreams, Visions, Providences, Narrative Poems. Broadsides were used for all kinds of purposes and they had their own wonderful designs. A terrific book for any collector of paper with character.