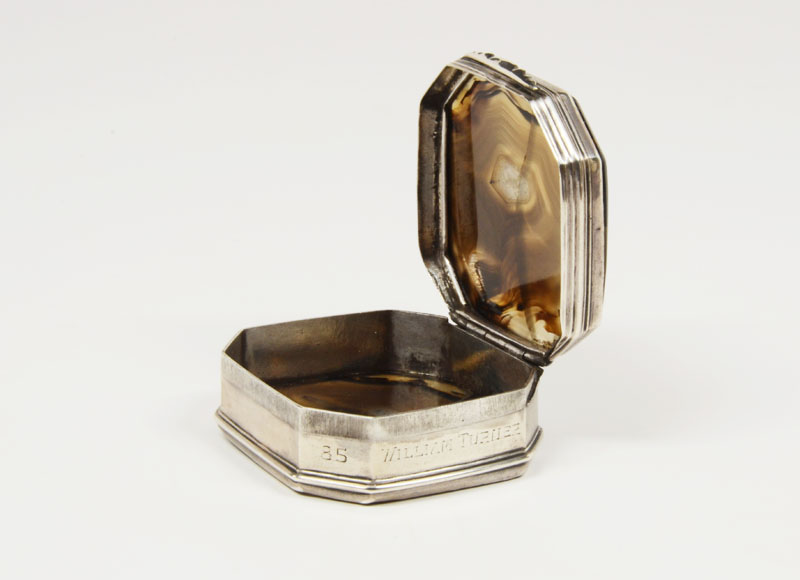 J.M.W. Turner, RA (1775-1851), an inveterate snuffer (he was even known to mix it in his paint), is arguably England's most esteemed (and controversial) landscape painter. Turner's talent developed early and in his early teens was selling works in his father's barber shop. As acclaim for his talent met with financial reward, Turner took to experimentation and challanged traditional conventions - his landscapes became moody, romanic, impressionistic and often resembled colorfield abstractions (much like this smoky agate).

In 1838 the King of France, Louis-Philippe presented a gold snuffbox to him - that box is now in the the collection of the British Museum.

Condition: Very Good - Excellent. Wear from age and use, some rubbing to the inscriptions, but easily legible. Naturally occuring fissure to the agate.