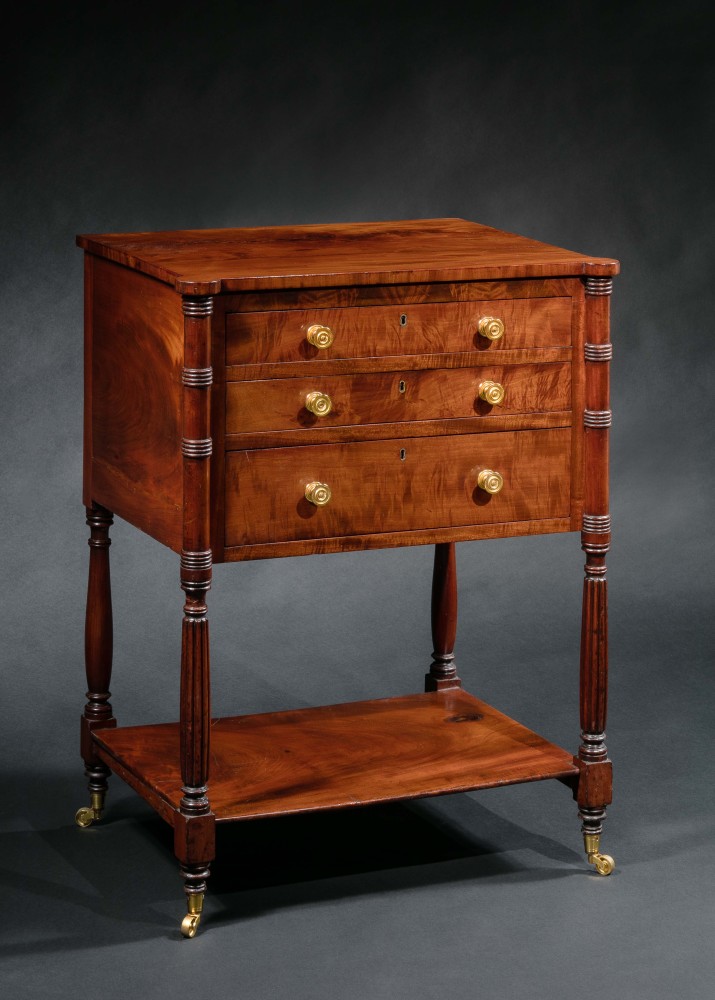 Condition: Very Good: The top has two small veneer patches and a spline filling a shrinkage crack, a break to the right stretcher supporting the shelf has been repaired. The surface has an old re-finish and the original brass pulls and casters have been restored to their original lacquered matte and burnished appearance.

The attribution to Duncan Phyfe is based on the very close relationship between this table and one that descended in the family of Phyfe's daughter, Eliza Phyfe Vail, illustrated in Peter M. Kenny and Michael K. Brown's Duncan Phyfe: Master Cabinetmaker in New York (New York: The Metropolitan Museum of Art, 2011), p. 285, Appendix 2.17.  Phyfe seems to have been fond of the device of clustering ring turnings on Sheraton-style turned posts seen on this table, using them, as well, on a dressing table for Eliza (Kenny, 2.16), and later on a set of nesting tables for Governor John L. Manning of Millford Plantation (Kenny, 267, pl. 65).  The turnings of the feet of the present table, though different from the Eliza Vail example, have the undercut turning characteristic of Phyfe's work.