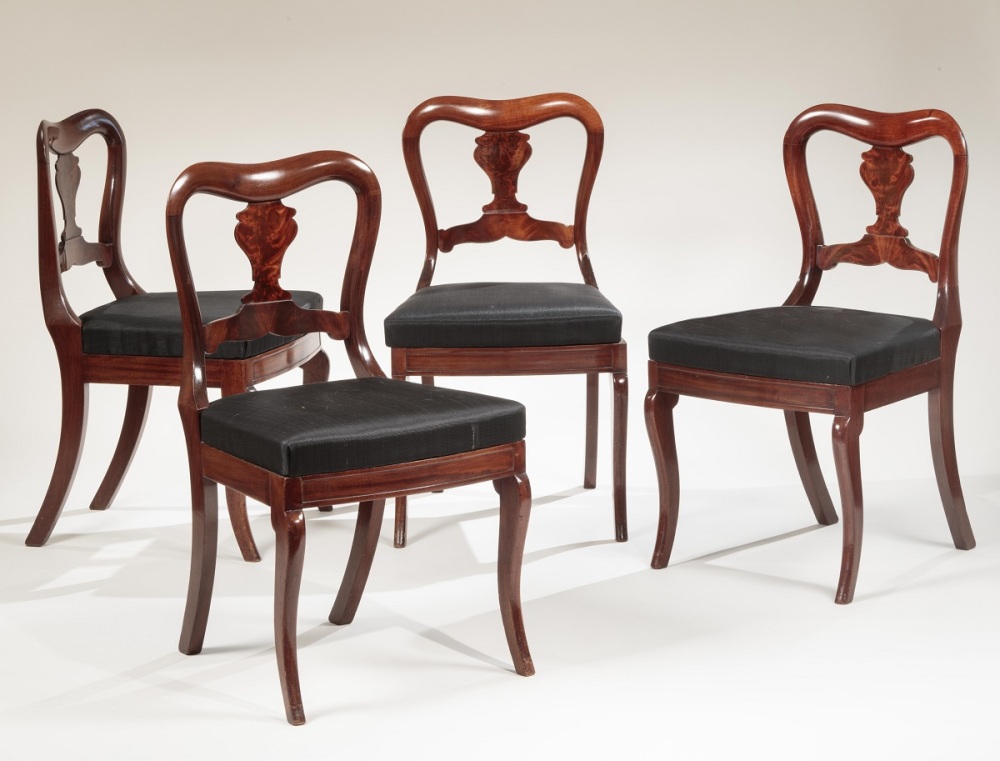 In the 1830's, Duncan Phyfe produced at least two (if not many) sets of dining chairs very closely related to this set.  Among these is a set he made for his daughter, Eliza Phyfe Vail, that have descended in her family to the present day.  The other set, in rosewood, for the Bloomfield family of New Jersey, is represented by one chair in the collection of the Metropolitan Museum of Art.[1]  Of these two closely related models, the present chairs are closest to the Bloomfield set in which the frames and legs are virtually identical.  Only the stay rails and splats differ.

The term Restauration refers to the restoration of the Bourbon monarchy in France after the fall of Napoleon Bonaparte in 1814 and applies to furniture that was popular in France during the subsequent reigns of Louis XVIII and Charles X.  The style was classically derived but employed rounded corners, and archeologically inspired scrolling legs replaced architectonic columnar supports.  Rounded and undulating surfaces replaced flat or angled surfaces.  Empire decorative flourishes such as gilding, stenciling and bronze appliqués were supplanted by highly figured veneers.  The restrained style of the Restoration began to influence American furniture in the late 1820s and became dominant from 1833-1842.  Phyfe's firm was the most advanced and sophisticated exponent of the style in the US.