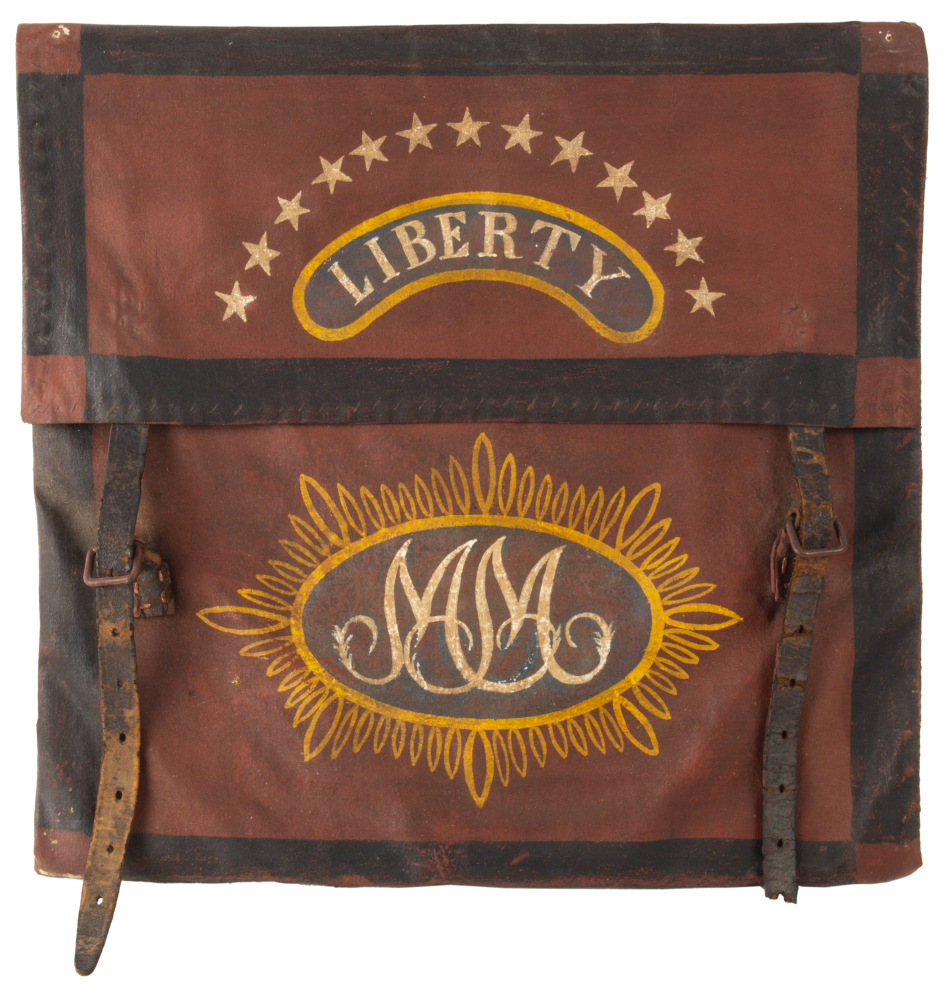 Massachusetts, ca. 1800-1825. Original paint on hand-stitched canvas, with what appears to be linen backcloth. The brick-red painted canvas flap inscribed LIBERTY against a blue ground bordered in mustard, surmounted by 13 white stars representing the original colonies. The lower body with the script initials "MM" (likely for the Massachusetts Militia) within a vibrant mustard oval. The entire with black border. Remarkably the original leather straps and canvas shoulder straps are intact and without compromise! About 13 1/4 inches square. Having great pride in their units, militias invested considerable attention on their appearance. Although typically wearing personal clothing (not uniforms) every accoutrement surface was carefully considered and put to a vote, as these objects and their decorations were a common identity. This knapsack with the notable LIBERTY and 13 stars speaks to the freshness of the memory Americans had with British rule such that liberty and patriotism were treasured and honored. Provenance: Roland B. Hammond (North Andover, MA), William H. Guthman (prominent scholar and dealer in historical and military Americana-Westport, CT). Literature: Illustrated and Discussed, The Magazine Antiques, July 1984, page 124, plate I; Decorated American Militia Equipment by William H. Guthman.