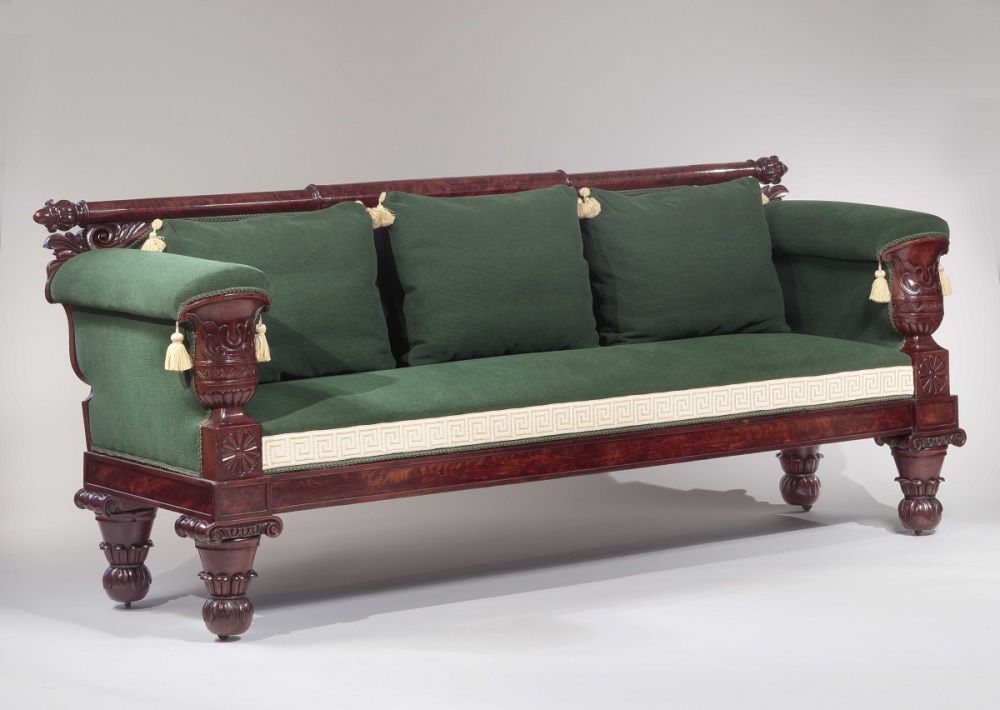 The cylindrical crest rail with foliate finials at each end above an upholstered back and arms with arm rests faced by carved urns above a plinth with an incised rosette above a paneled seat rail raised on bold legs with Ionic capitals above a turned, tapering pedestal with lotus-carved ball feet.

Condition: Excellent: refinished with shellac in the manner of the period, modern upholstery.

There are at least six of these Boston carved mahogany box sofas, each with variations in the crest rail, arm carving and feet.  Two have been attributed to Isaac Vose, including one at Winterthur Museum and one in the Museum of Fine Arts, Boston.[1]  Several others may be the work of William Hancock, a Boston upholsterer working on Market Street, whose label appears on a sofa with related tubular crest rail and legs at the Metropolitan Museum of Art. They are all inspired by designs for a "Dress Sofa" published by Rudolph Ackermann in the Repository of Arts, Literature, Commerce, Manufactures, Fashions and Politics (London, Rudolph Ackermann, 1809-1828), series 2, vol. 2, February 1821.  In this case, the upholstery has been recreated in the exact style of the Ackermann illustration.