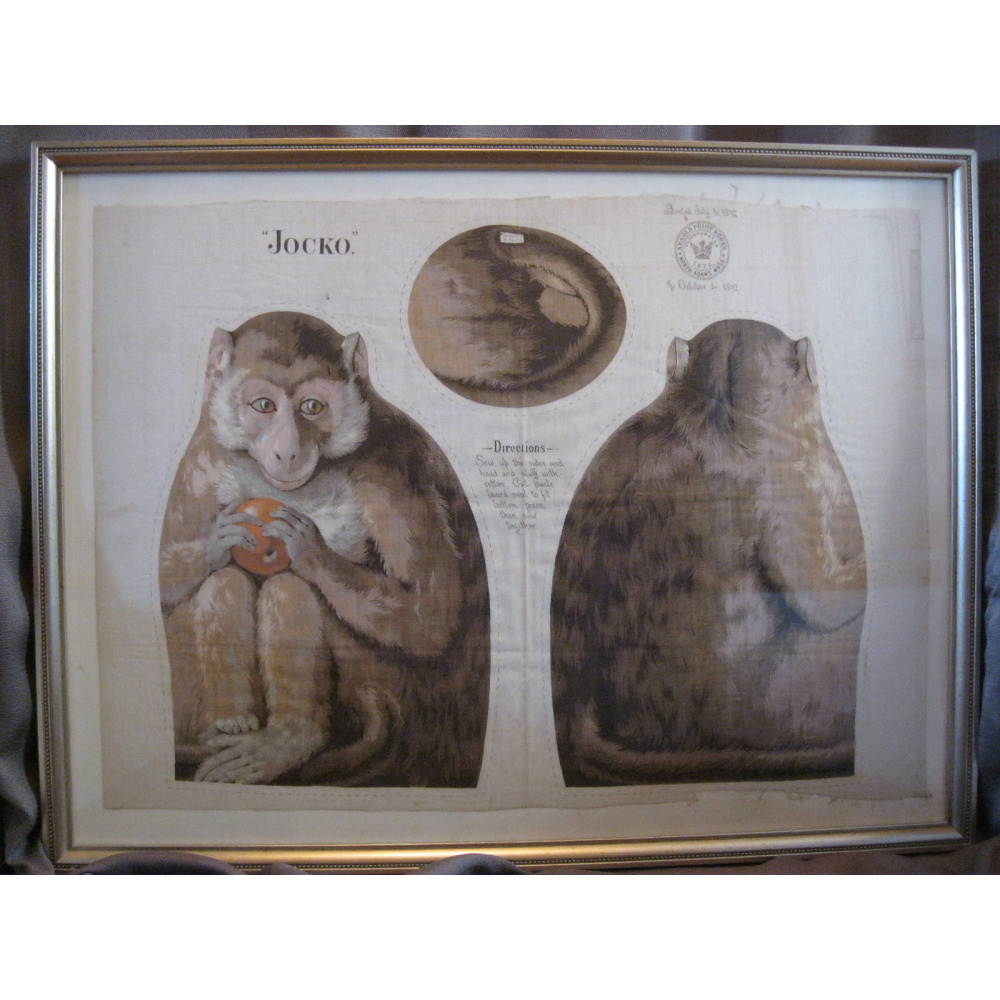 My hipster son tells me that printed cloth pillow animals are the rage in Brooklyn. That’s interesting to me because they were all the rage during the end of the 19th century.

Arnold Print Works, now Massachusetts Museum of Contemporary Art, located in North Adams, Massachusetts, was a Victorian manufacturing company. During the Civil War, the factory supplied cloth for the Union Armies. After the war, the company produced printed fabrics and also cut & sew dolls and animals. Celia Smith and her sister in law Charity Smith of Ithaca, New York drew the designs for these toys and patented their work. With offices in New York City and Paris, Arnold Print Works was one of the world’s leading producers of printed textiles. Trendy even then!

Jocko the Monkey here is a lithograph on cotton.  It features the front, back and base of the toy with printed assembly instructions included on the cloth. There is also a printed patent on the cloth and on the base of the monkey. The seamstress would simply cut out the pieces, stitch the front to the back, stuff it, then cut a cardboard piece for the bottom and insert it before stitching the base in place. The cardboard enabled the toy to stand freely.

Uncut Arnold Print Works pieces are difficult to find. The border of this piece is irregular since it was taken from a bolt of cloth much the way we obtain fabric in stores today. The printing and coloration are crisp and clear with defined stipple effect to emphasize shading. This textile is in excellent condition and from a fine collection. The frame is modern.