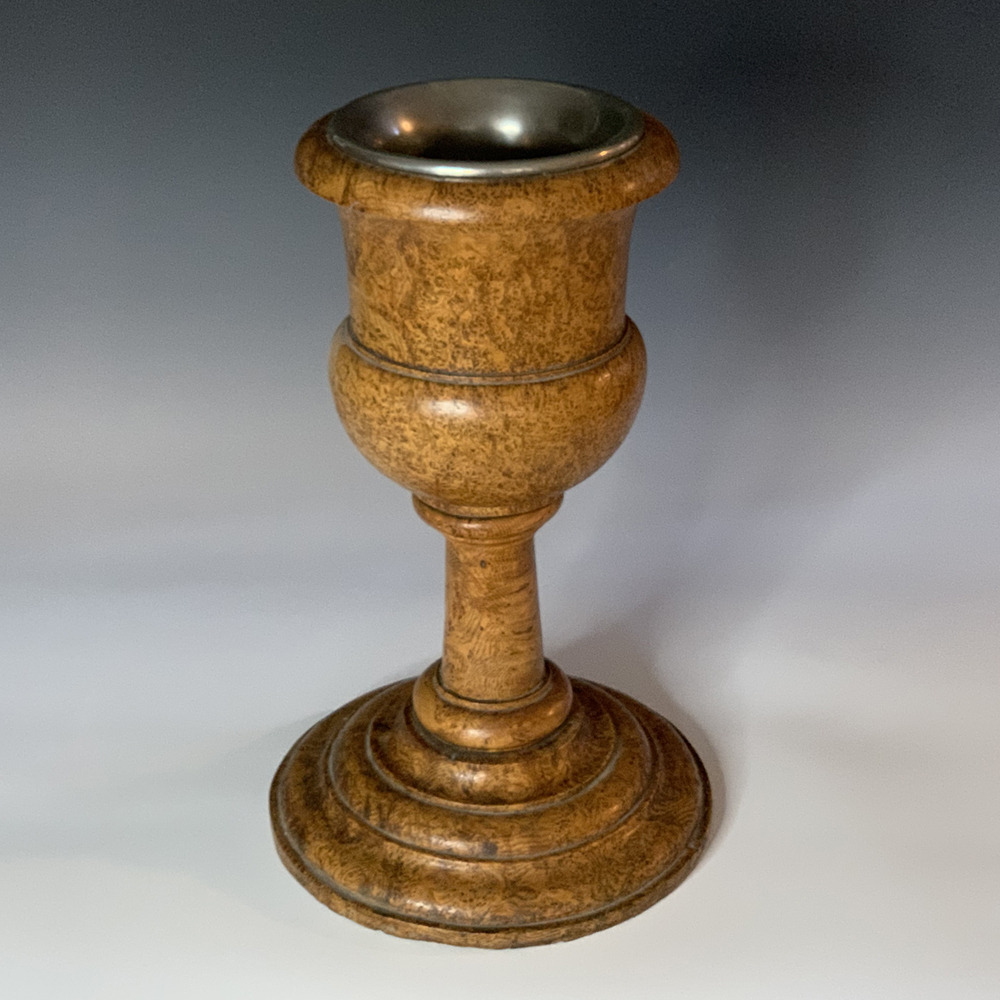 A very large, beautiful and peculiar piece. The bowl lifts off and during service would be passed around or held by the priest for drinking the communion wine. The burnish to the dowel of the stem indicates that the vessel was lifted on and off its base many times, giving evidence that it was well employed for some time.

The choice of a burl, or more so wood for the communion cup is a decidedly modest one. Typically these cups are fashioned from silver or pewter. One hypothesis is that the piece may have been made and used by local Ojibwa Indians, who at the time were being converted to Christianity. As burl was symbolically a part of the body of the Ojibwa’s grandparents, so it is that Communion is symbolic of the body and blood of Jesus Christ. Two belief systems overlapping.

The area around Paris, Ontario and the Grand River was historically the land of the Ojibwa. Based on the known provenance, I have discovered that the Lovett family were pioneers of Paris, Ontario. However, I have not been able to find out if they were missionaries or of Ojibwa heritage.

Condition: Excellent. The pewter bowl insert is a custom made replacement.