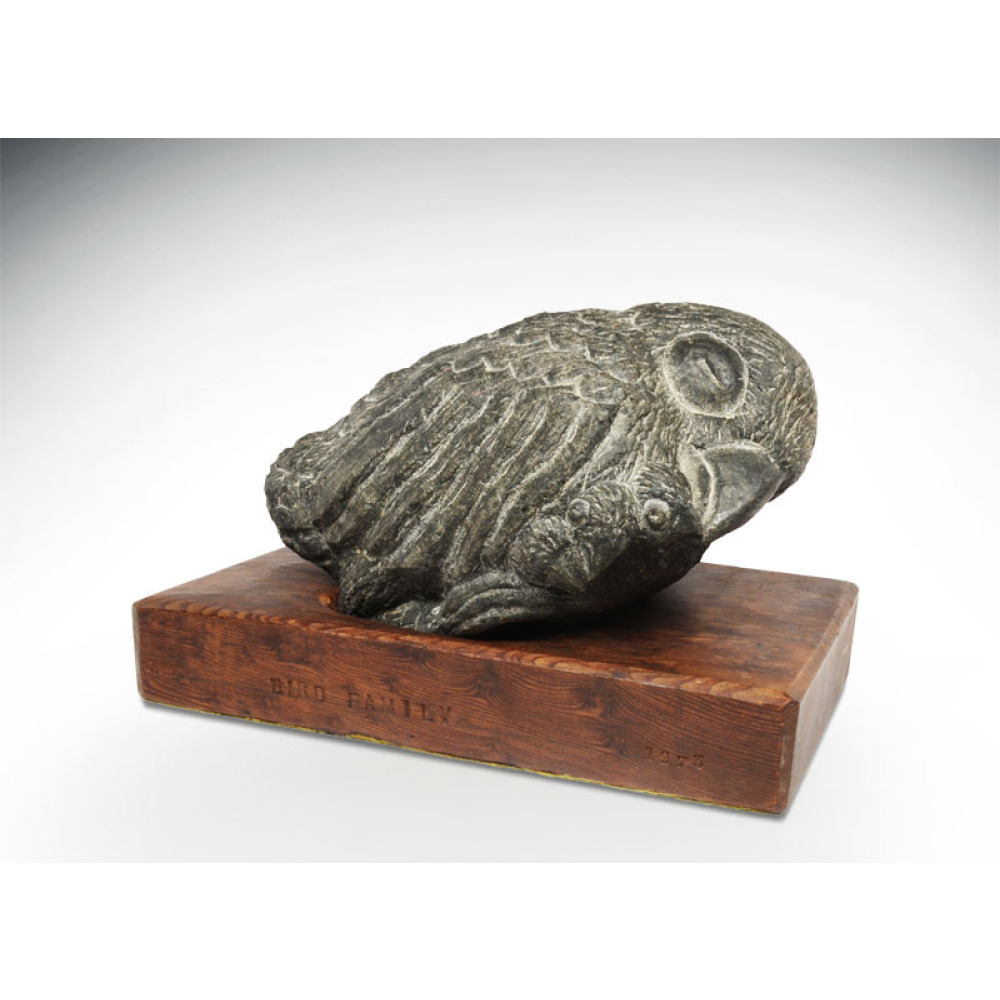 Bird Family is a large work of a mother bird protecting and feeding three nestlings under her wing. The solid black granite metaphorically reinforces the strength of the matriarch, while Washington's sensitive carving conveys a certain intimacy and the fragility of life.

James W. Washington, Jr. was an African-American folk artist who was known for his engaging works in stone. Born in Gloster, Mississippi, Washington settled in Seattle and became a leading member of the Northwest School. Washington’s spirited, but quiet carvings are often seen as a cross between two other direct carvers; the African American Folk Artist William Edmondson (1874-1951) and American sculptor John Flannagan (1895-1942).

Washington's work is represented in numerous private and public collections, including The Smithsonian, the Whitney, SFMOMA and the Seattle Art Museum.