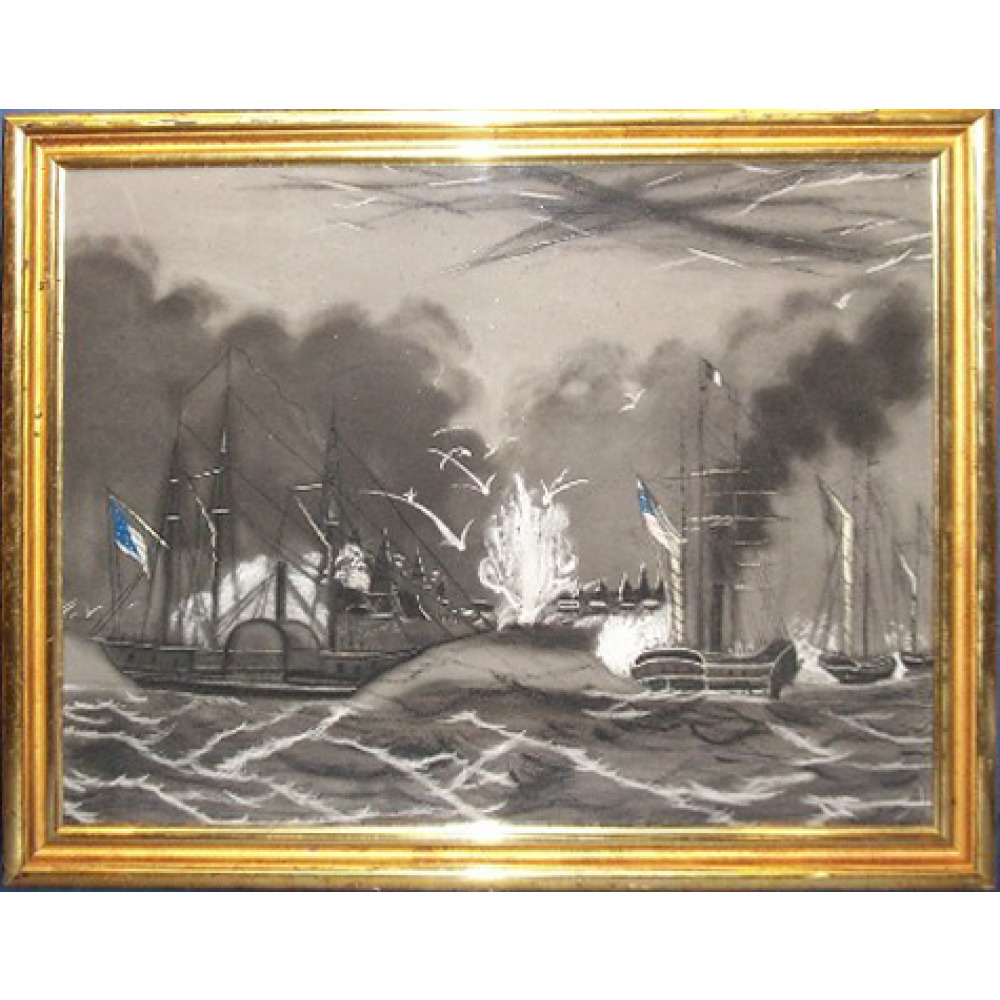 An uncommon polychrome sandpaper painting, based on Nathaniel Currier's 1847 lithograph titled Naval Bombardment of Vera Cruz, March 1847.  It shows the light-draft steamers Spitfire and Vixen that had been purchased from New York shipbuilders Brown & Bell as well as two other schooners that were involved in the siege.  Known as the Mosquito Fleet, they were under the command of Commodore Josiah Tatnall.  Note the use of color in the American flags and furled sails that contrast with the monochromatic scene.