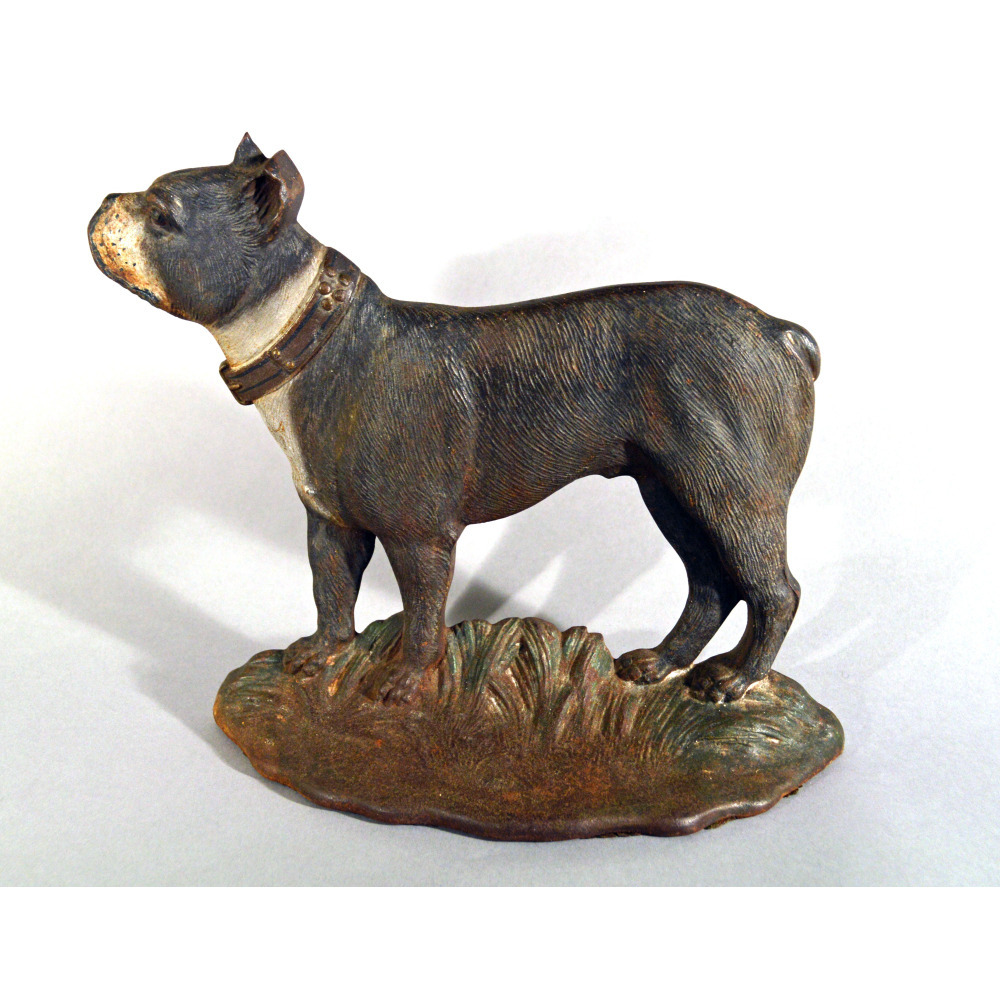 Cast Iron Doorstop in the form of a Boston Terrier known as Dandy,

The partnership of Nathaniel and William L. Bradley, Walter Hubbard, and Orson and Chitten Hatch began in Meriden, Connecticut in1852 as Bradley, Hatch & Company. Clocks were the sole product of the newly formed company. When the Hatch brothers sold their interests in the firm two years later, Nathaniel Bradley, William Bradley and Walter Hubbard formed a company which they named simply Bradley and Hubbard. By 1856, they were producing call bells and sewing machines, but clocks continued to be the main line of production throughout the 1850's and 1860's.

Many northern manufacturers prospered immensely during the Civil War due to the expanded market west of the Mississippi and increased foreign exports. Bradley and Hubbard was no exception, adding the production of flags, hoop skirts, spring measuring tapes and match safes during the war years. The discovery of oil in Pennsylvania in 1859 also had a great impact on the product line of Bradley & Hubbard with the decision to begin production of kerosene burning lamps.

By 1871, kerosene virtually replaced whale oil for heating and illumination and new ways of burning it more efficiently were needed. Between 1868 and 1875, Bradley and Hubbard secured 33 patents relating to the design and mechanics of oil burning lamps (in all, the company would eventually patent a total of 238 designs and mechanical devices). The company was again reorganized in 1875, this time as a joint-stock company renamed The Bradley and Hubbard Manufacturing Company.