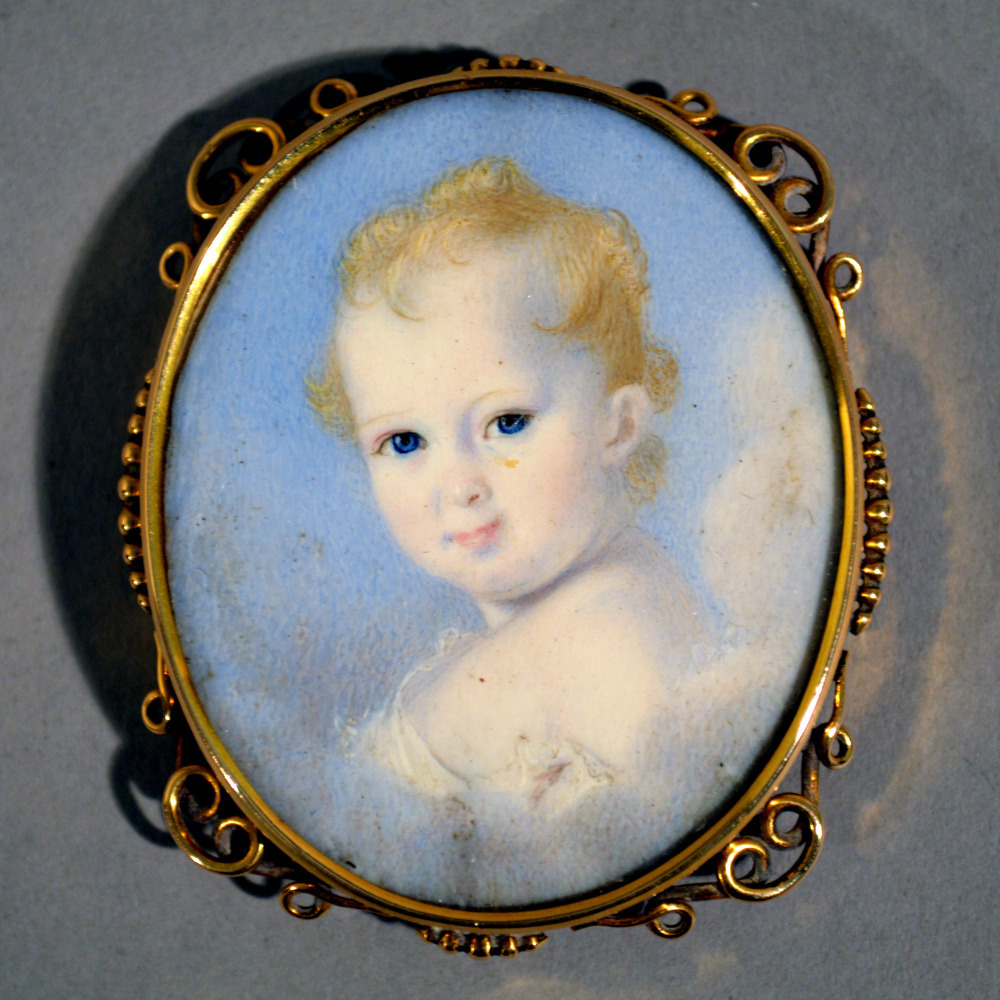 English Portrait Miniature of a Child

English Portrait Miniature of a Child,

A beautifully painted posthumous portrait of a young child in gold locket designed originally to be a bracelet.

Reference: The late eighteenth-century emergence of the modern family opened a new era in the history of children. Once viewed as sinful, children were instead identified as inherently good and celebrated in families linked by bonds of affection. In miniatures created to honor beloved children, their forms often fill the frame, reinforcing the sense that the portrait presents a window into a child's world.

With growing awareness of the transience of each phase of child development, adults treasured the uniqueness of the moments in portable portraits that tenderly recorded their son's or daughter's love for a favorite toy or pet. The growth of increasingly private, child-centered families also made loss-so frequent in an era of high mortality rates-harder to bear, contributing to the miniature's popularity as a token of mourning. (http://artgallery.yale.edu/pdf/perspect/miniatures_guide.pdf)